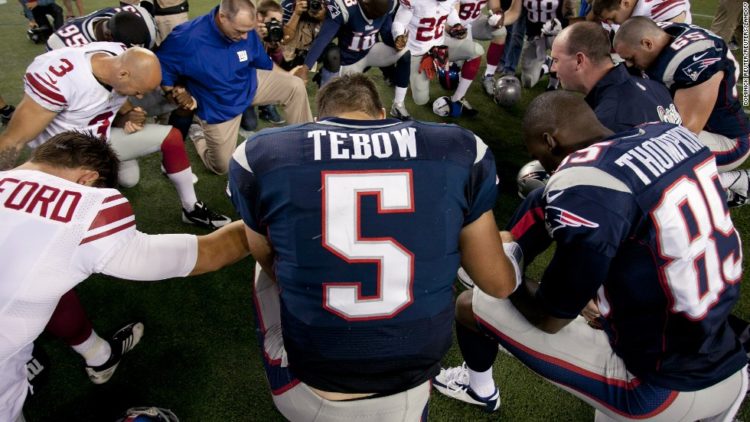 Tim Tebow, at only 30 has already made his name as a quarterback for the Broncos and the New York Jets after earning his reputation as a star player with the University of Florida Gators. His parents are Americans who married before moving to the Philippines to serve as Baptist missionaries. Before finding out she was pregnant with Tim, his mother became ill and fell into a coma where on recovery, doctors recommended abortion. Tim’s parents refused on religious grounds and Tim was born in Manila, the youngest of five children who were all homeschooled.

For Tim, prayer isn’t a last resort for the hopeless and God isn’t someone to blame when disaster strikes.

After Hurricane Irma, Tebow visited a relief center to visit special needs victims and Tim posted a video on his Twitter account of a World War II veteran busting out his harmonica and cries of “God bless you!” from the crowd.

Totally uplifted by this #ww2[2] veteran, who's spirit and talents encouraged his fellow visitors at this Special Needs Shelter! #irma[3] pic.twitter.com/2q1nH7EHz0[4]

Before that, he posted this video to the people of Jacksonville, Florida letting everyone know that he’s praying for them.

Last June, we wrote that Tim Tebow was on a plane heading to Phoenix from Atlanta when a passenger experienced a medical emergency on board. Before they landed in Phoenix, everyone who could provide medical assistance from chest compression to starting IVs were trying their best to get the man’s pulse back, when Tim Tebow was photographed praying with a section of the plane for the man’s health. The passenger in question got his pulse back just before the plane touched down. Tebow didn’t share this news, rather it was someone behind him on the plane who took this photo and wrote up the story.

A friend tells me @TimTebow[11] just stepped up mid-flight to support and pray for passengers during medical emergency pic.twitter.com/XORxHoAz6n[12] 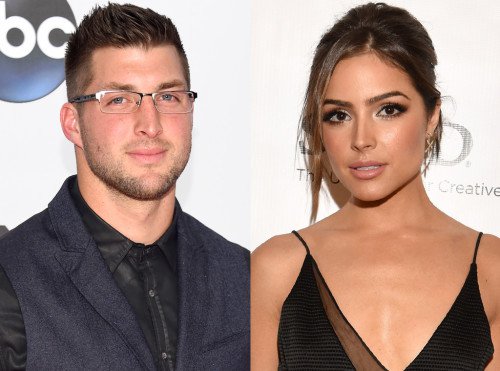 Two years ago, we reported that Tim’s former girlfriend, a former Miss USA named Olivia Culpo, had broken up her relationship with Tim because, as a devout Christian, he refused to give up his abstinent lifestyle and refused to have sex before marriage. Sources told reporters at the time that she couldn’t handle that kind of strain on her own lifestyle.

Tebow is also the leader of a group called the Fellowship of Christian Athletes, which makes all members sign a statement condemning sex outside of marriage and homosexual acts to be unacceptable to God.

With that in mind, we felt it was important to bring you news of a few tweets and a few prayers from the football player trying to make a go at baseball with the Mets, because with a squeaky clean, humble resume like his, there’s no way this will be reported positively by the left-wing.