Unbelievable VIDEO: Snowmobilers Saved Man who was Swallowed by Avalanche

A man in Wyoming was lucky to be saved from an avalanche when his snowmobiling friends pulled him out of neck-deep snow. 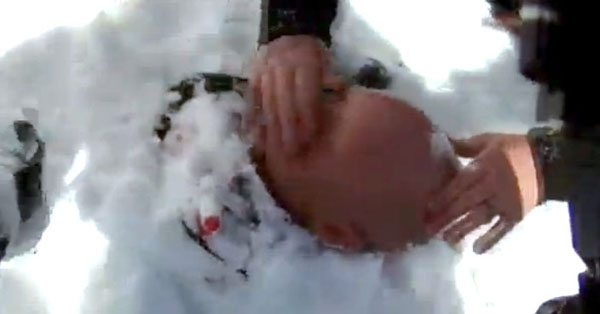 The man was headed up a slope when a sudden avalanche buried him in snow up to his neck. He was completely immobolized and would not have made it were it not for his companions.

In the end, everyone came out OK.