[VIDEO] 3 Thugs Walked Into A Bank, And This Guard Teaches Them A Lesson They’ll NEVER Forget!

Well, I think these thieves learned a lesson the hard way. A guard in a Brazilian bank taught these fools that when you play with fire, you’re likely to get burned. Best of all, surveillance video in the bank caught the entire exchange[1]: 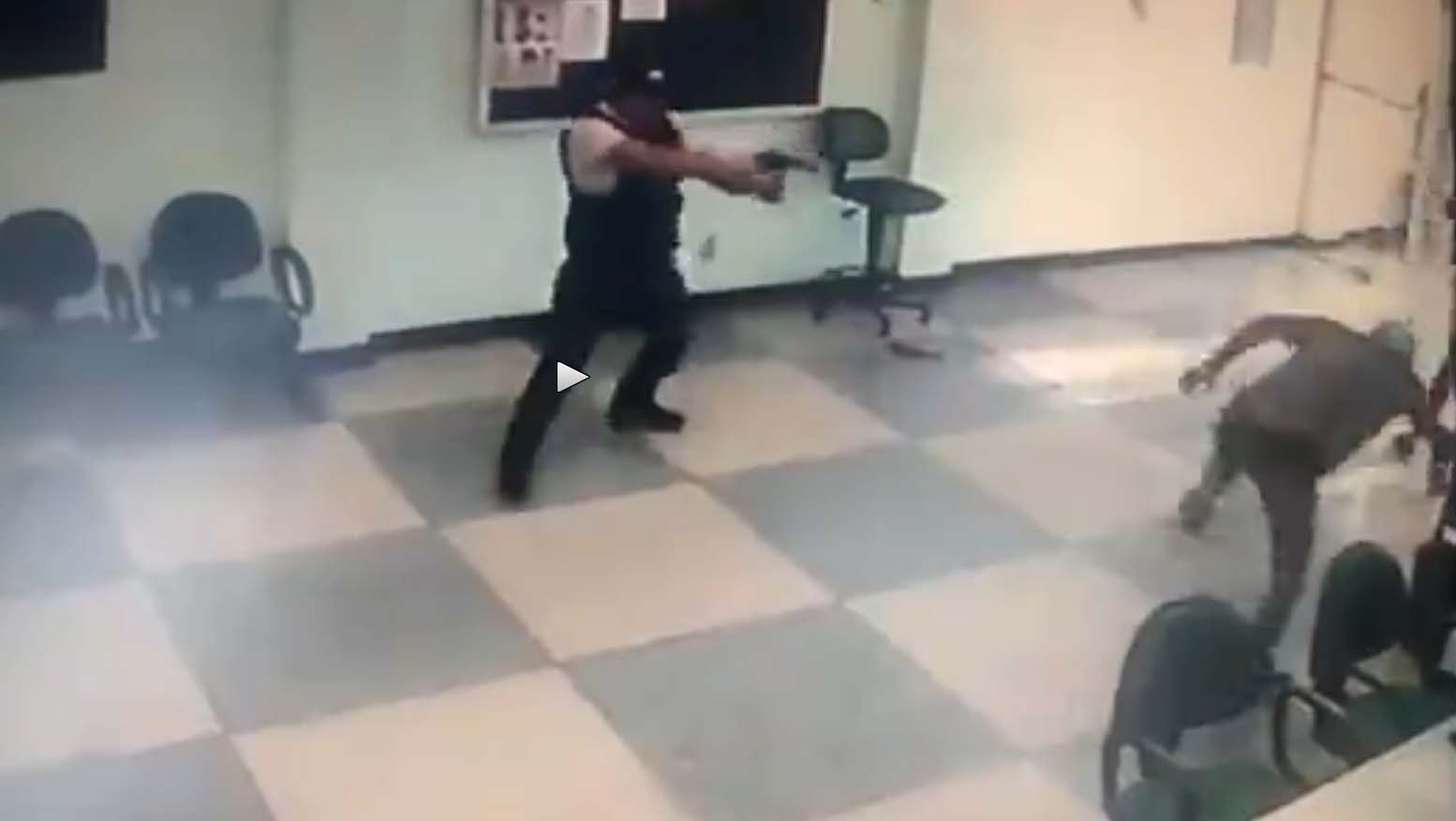 At first, we couldn’t quite tell what was going on, but it soon becomes clear in the video that what the criminals weren’t expecting, was for the bank’s security officer to be such a fast draw.

As the thugs tried to enter the bank, they had to leave their valuables outside. When the guard saw that one of the thugs outside the bank was attempting to pass a gun through to his accomplice, he responded so fast the thug didn’t even have time to think.

You see the officer quickly pull out his weapon and shoot the thugs several times. Though the punks returned fire, it was too late for one of the criminals who became injured and the gang was forced to run.

Hopefully thwarting this robbery gets this man a bit of a raise- and some well-deserved time off!