[VIDEO] 84-Year-Old Man Assaulted by Robber – Guess What Happens Next?

It never ceases to amaze me that criminals just don’t think most of law-abiding Americans are armed. Well, I got news for you, there are increasing numbers of us out there that are exercising our 2nd amendment rights, and will defend our person & property with deadly force if needed. A Robber in Tulsa found out the hard way that you don’t mess with a man’s property- and you sure don’t mess with his wife. TheBlaze[1] reports: 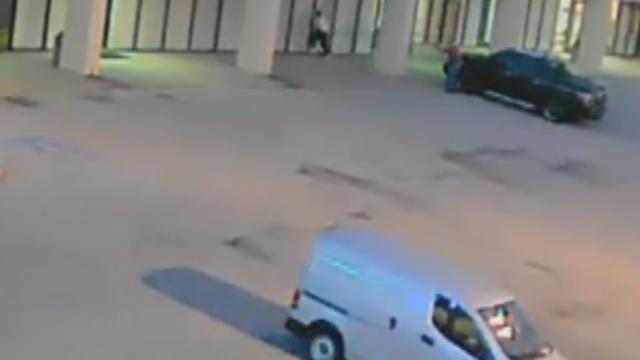 A robber in Tulsa, Oklahoma, became the latest criminal to learn how dangerous it is to put a man’s wife in danger.

Doug Jandebeur, 84, was getting into his truck parked outside of his Tulsa business on Monday night when he was approached by a robbery suspect. His wife was over on the passenger side.

Surveillance video obtained by KOTV-TV shows the suspect sneaking up behind Jandebeur. He reportedly ordered the man, “Don’t turn around, don’t turn around.”

The 84-year-old said he initially thought some of his friends were playing a prank on him. But then he felt the painful sting of a punch to the side of his face, letting him know the situation was serious and dangerous.

The robber then took Jandebeur’s wallet out of his pocket and started to make his way in the direction towards the man’s wife on the other side of the truck. That would prove to be a near-fatal mistake.

When he was done looking inside the wallet, the robber looked up and realized his life was in immediate danger. At that point, he ran for his life.

“I pulled out my automatic and was getting ready to ventilate him,” Jandebeur said. He added, “Once he saw my gun he decided to leave.”

The report didn’t specify what type of firearm the man was carrying.

The suspect escaped, but his face was captured on surveillance video so he likely won’t be free for too long. Jandebeur was left with a bruise on his face, but he didn’t seem very concerned about it.

Jandebeur, who has acquired a lot of life experience over 84 years, also offered some advice to his fellow Americans.

“Anybody who doesn’t arm themselves is asking for trouble,” he said.

I couldn’t agree more. Criminals do prefer unarmed victims, and I am not about to be one, thank you very much. It’s a good thing this man was armed to protect his wife from any harm that could have befallen her. These are the small heroes that I love to celebrate. I don’t think that robber will be coming ’round those parts anymore.