VIDEO: The Most Awkward Interview Ever? Morning Show Hosts Struggle to Question Man Who Makes Love to Cars and Claims He Lost His Virginity to a Volkswagen Beetle

Plenty of men love cars, but they don’t love them the way that Edward Smith does. During an interview with ITV’s This Morning, he told the presenters, in the most awkward interview ever, about how he has made love to hundreds of cars, and is in a long-term relationship… with a Volkswagen Beetle. 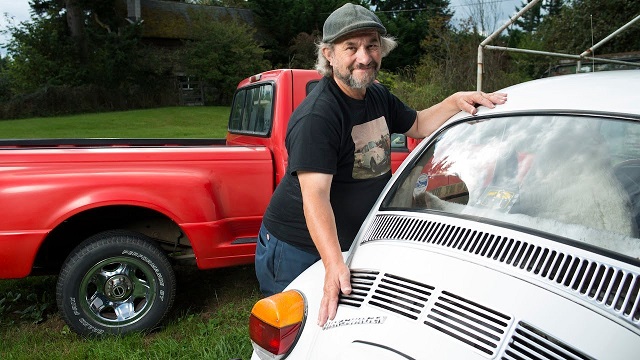 They have watched everything from hippies drinking their own urine to Kerry Katona slurring.

But today the presenters of ITV’s This Morning struggled to articulate some rather hair-raising questions while talking to a man who has sex with cars.

Edward Smith told presenters Phillip Schofield and Amanda Holden that although he has made love to 700 cars in his lifetime, he has now settled down with the ‘love of his life’ – a Volkswagen Beetle he calls ‘Vanilla’.

Mr Smith, 63, is a mecaphile, which means he is sexually interested in cars and believes he is in a relationship with one.

While presenters Phillip Schofield and Amanda Holden managed to ask probing questions about the details of his sexual history with four wheeled machines, there were clearly moments when it was difficult for the pair not to crack up.

… While he allows mechanics to fix cars, he has a strict rule: he is the only one allowed to wash them.

‘I prefer to do that myself,’ he said.

‘It’s like giving her a bath. I talk to her, play music, suds her all up.’

While the video may be kind of funny for us to watch, it’s also a little bit sad. This is a mental illness on display… and it seems almost inappropriate for him to be paraded on a morning show for us to point and laugh at.