VIDEO: Chihuahua Feigns Death When Someone He Doesn’t Like Takes Him From His Owner’s Arms

They say dogs are a man’s best friend, but for some dogs, it isn’t just any man. When one chihuahua was taken from his owner by someone the dog supposedly hates, he immediately started to play dead. 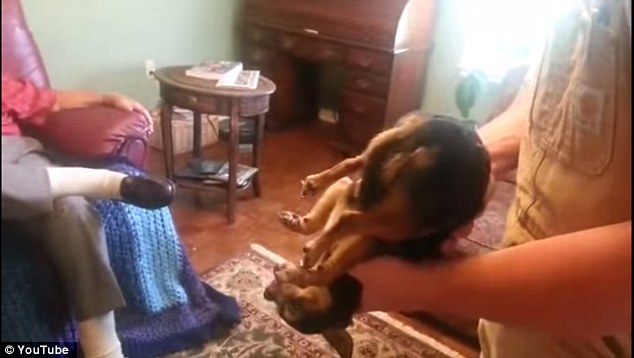 With his tongue hanging out and four paws stuck rigid in the air, this little dog gives a whole new meaning to the expression ‘scared stiff’.

Jennie Kay Blair Ferguson from Mississippi filmed her father’s chihuahua being picked up by another family member whom he apparently ‘hates’.

In the video the canine immediately freezes and plays dead when he is handled by the man.

As soon as he is returned to his owner, the pet springs back to life, performing a few animated barks for the camera.

Hey, at least the dog just played dead and didn’t try to bite the guy. If you know a dog hates you, it’s probably best to not handle it too much.