VIDEO: Guy Picks a Fight While Wearing a Motorcycle Helmet. Other Guy Has a Solution for That.

Don’t try to act tough when you can’t back it up. That’s the lesson that one road-raging motorcyclist learned the hard way when he tried to pick a fight with another motorist while wearing his motorcycle helmet — but he didn’t see the other driver’s response coming. 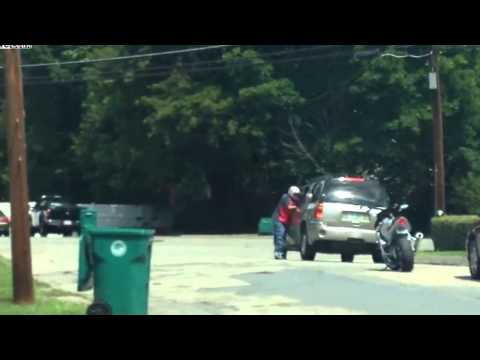 You can’t see the guy on the motorcycle passing people on either side of the road earlier. Then him and the other guy in the gold SUV have words at a light and I have my daughter start recording. The moron on the bike walks up to the SUV with his hand in his waist band, in what looked like an attempt to make it seem like he had a weapon, unfortunately my man in the SUV actually did have a weapon. Instant Karma.

And this is why it’s always good to carry a weapon to defend yourself with. Maybe in the future, Mr. Wannabe Bad Ass will think twice before trying to start something he can’t finish.