A harrowing image has emerged from inside the Bataclan theatre where terrorists opened fire on concertgoers on Friday night – killing at least 89 people and injuring dozens, possibly hundreds, more. This horrific act of terror was documented and first pictures are emerging:[1] 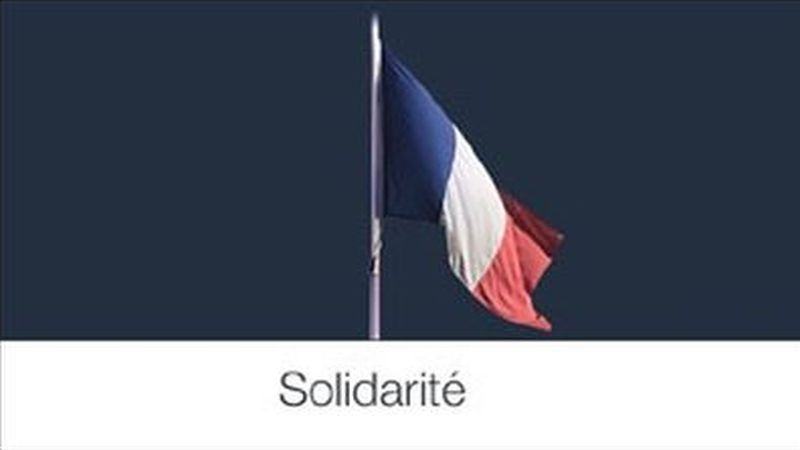 The photograph, taken in the wake of the attack, details the blood stained interior of the concert hall where bodies remain lying on the ground and the floor is covered in debris.

It comes as new footage shows the moment the members of U.S. rock band Eagles of Death Metal stopped their performance midway through a song when gunfire broke out.

The violence at the Bataclan unfolded as part of a series of co-ordinated ISIS attacks across the heart of Paris on Friday evening in the worst violence to strike France since the Second World War.

At least 129 people are dead, and another 349 injured, after the three teams of jihadis attacked the Stade de France football stadium, a handful of bars and cafes, and then finally the Bataclan concert hall.

Harrowing footage of the moment the jihadis opened fire at the Bataclan concert hall shows the band’s drummer and two guitarists on the darkened stage, illuminated only by the flashing stage lights.

What sounds like a loud popping noise – which survivors said they at first mistook for fireworks – breaks out to the band’s left. They instantly stop playing as the horror of what is unfolding before them sinks in.

One of the guitarists then flees the stage, while the drummer jumps down behind his drum kit for cover. All band members have since been confirmed safe and accounted for by a US official, and they left Paris yesterday evening.

But 89 people were killed when the terrorists carried out the shooting inside the theatre, in what was the deadliest flashpoint in a series of co-ordinated attacks across Paris. It is not clear who recorded the video, or if they survived.

Pierre Janaszak, a radio presenter who was at the concert, said: ‘They didn’t stop firing. There was blood everywhere, corpses everywhere. Everyone was trying to flee.’

The Foo Fighters, who were due to play in the French capital tomorrow night, Lyon on Tuesday night and Barcelona on Thursday night have cancelled the rest of their tour following the attacks.

Irish rockers U2 have also cancelled their Paris shows while alternative metal group Deftones were set to play a three-night run at the terror-hit Bataclan.

Meanwhile, on the second day after the worst terror attack in French history it has emerged:

French police are hunting for three gunmen on the run after Friday’s attacks and an ISIS bombmaker likely to have made the suicide vests.

One of Bataclan suspects was found carrying Syrian passport under the name Ahmed Almuhamed who travelled to France as a migrant through Greece. Ferry tickets reveal he travelled with another man named as Mohammed Almuhamed.

Frenchman Omar Ismaël Mostefai, 29, also named as a Bataclan suicide bomber who was identified by his severed finger. Mostefai’s father, a brother and other family members have been held and are being questioned.

The eight-strong ISIS cell alleged to have included three brothers who may all have gathered in a Belgian suburb called the ‘Jihad capital of Europe’ to collect their AK-47s and suicide vests.

Bataclan survivors claim that one of the four shooters was a woman. 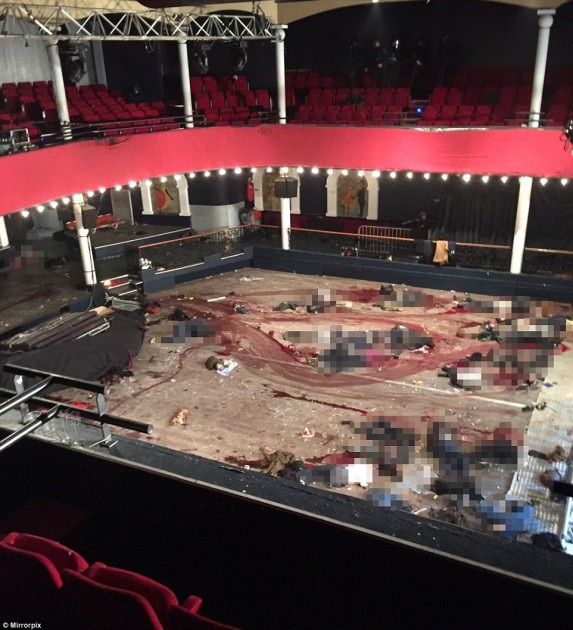