This is exactly what my stinky brothers would do to me, in front of all my friends, at school, when they came home from a deployment. These two brothers seemed to know exactly what would happen when they showed up, and kept the camera rolling[1]: 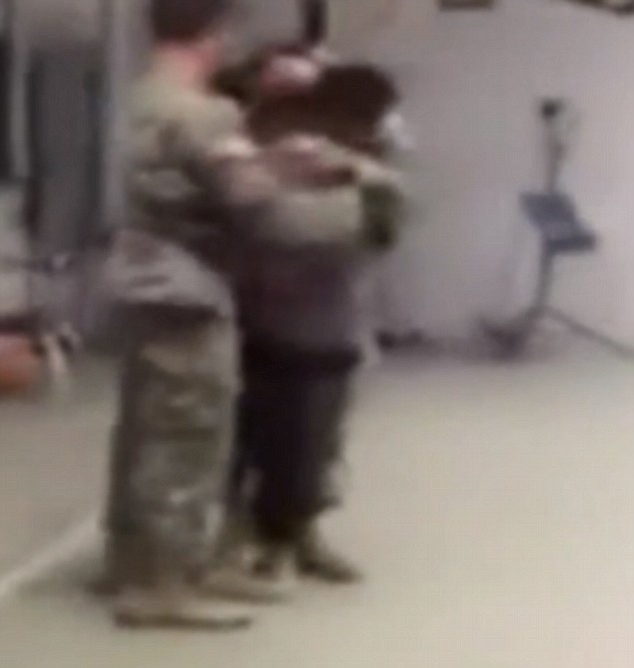 A New Jersey high school student got the surprise of her life when her two military brothers arrived at her school after being away from home for nearly a year.

Sergeant Justin Potenski, 24, and Specialist John Potenski, 26, had both been deployed in Qatar since June 2014.

But their younger sister Brielle Potenski – a student at Oakcrest High School – had no idea that they had arrived back in New Jersey.

The mischievous siblings, from Mays Landing, had kept their homecoming a secret so they could surprise their sister at school, only telling their plan to a few family members.

‘This was the first deployment for a year, so this was much longer than any of us were used to,’ John told NBC10.

‘We knew she was in school,’ John said. ‘So I first called the school right away to ask if we could surprise her and they were okay with it.’

The camera rolled as the two brothers walked into their sister’s classroom.

Brielle screamed as soon as she saw them and ran into their arms as her classmates watched.

The homecoming is especially momentous for John who spent Memorial Day weekend with his wife and family.

‘We won’t have to go back anytime soon,’ he said.

‘We do a one week a month drill until our next deployment, which right now won’t be until another four or five years, hopefully.

‘I’m not trying to leave my family again. You don’t really know what you have until you don’t have it. Makes you appreciate life a lot more.’

What a sweet surprise. These brothers sure knew how to make their baby sister’s day. Isn’t that what family is all about?