VIDEO: Homeowner Shoots Down Drone He Says Was Harassing Him

A homeowner in southern California says that a neighbor was harassing him by flying a drone over his property so he took a shotgun and gunned down the flying pest. 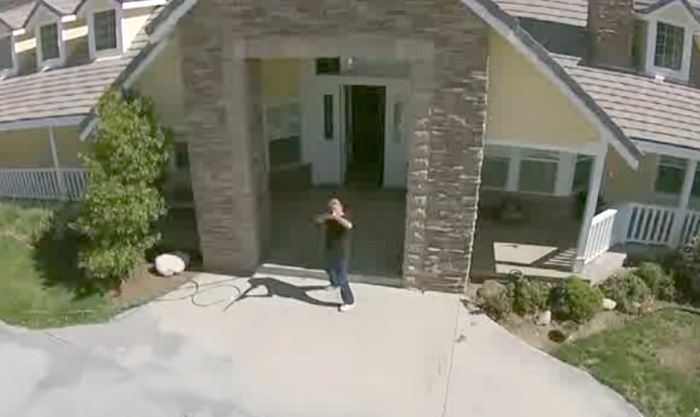 One video shows a drone hovering over a beautiful home in Southern California and you won’t believe what happened!

The homeowner ran out of his front door with a shotgun!

The drone flew away with the guy in hot pursuit. His friend was recording cell phone video of the wild chase.

The homeowner ran around his house, spotted the drone again, took aim, and fired.

Larry Breaux of Valencia, California, is the homeowner who shot down the drone. He told INSIDE EDITION he believes the drone was sent over his house in a deliberate act of harassment.

You can expect this to start happening more often, for sure.