Both Chris Rock and Bill Maher, two comedians that you probably will never find at CPAC or a tea party rally, have both recently blasted how ridiculously politically correct college campus’s have gotten lately.  Now you can add Jay Leno[1] to that list… 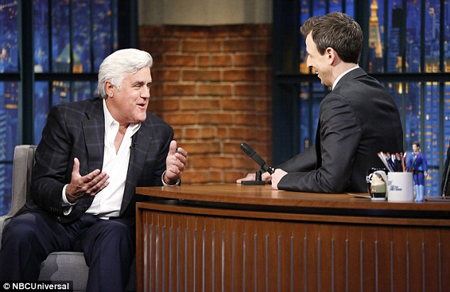 “College kids now are so politically correct. I mean, to the point where — I’ll give you an example, we had interns at the show, college interns,” Leno said. “Like, the last year of the show, one of the interns comes and says, ‘Mr. Leno, I’m getting lunch. what do you want?’ I said, ‘I don’t know, where are you going?’ He said, ‘we’re getting Mexican.’ I said, ‘I don’t really like Mexican.’ He goes, ‘whoa, that’s kind of racist.’ That’s not racist.

“No, being anti-guacamole is not racist, okay?” Leno said. “You have no idea what racism is. That’s not racist, you idiot, you moron.”

Leno then told a story about his father that would cause most liberal arts majors to run around the quad with their fingers in their ears screaming, “TRIGGER WARNING! TRIGGER WARNING! I’M NOT LISTENING!”  Enjoy…