VIDEO: Judge Unloads on ‘Revolting’ Puppy Killer: ‘Oh, Would I Like to Put You in a Dumpster’

You have to wonder how sick a person really has to be to inflict harm on an innocent little animal like a puppy. Well, one judge gave a man accused of such a crime a real earful on the type of sicko he thinks that the accused is:[1] 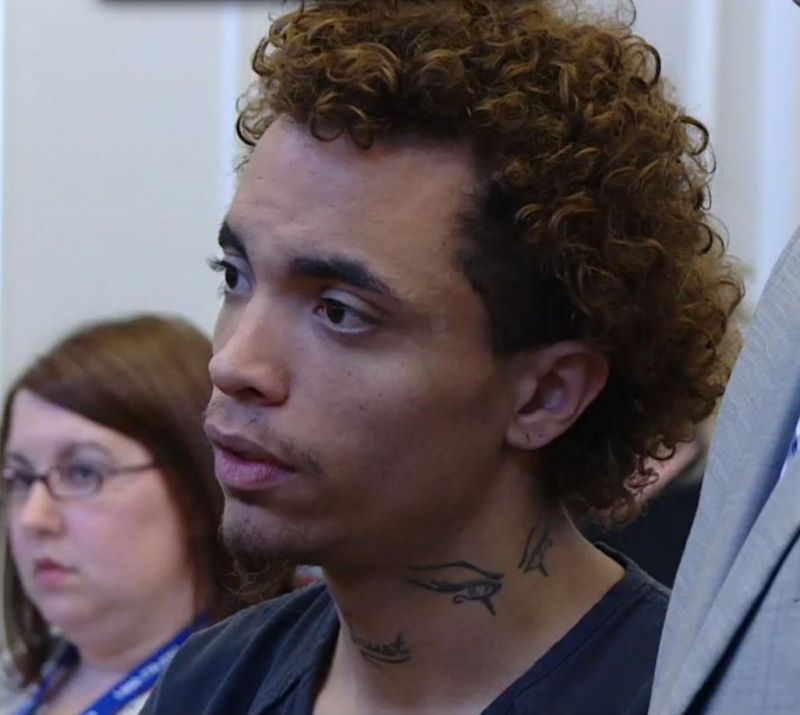 An Ohio man who admitted to throwing a puppy out of a 6th floor window was castigated by a municipal judge at the sentencing hearing on Monday.

Police were called to an apartment complex on May 3 after a dead puppy was discovered in the building trash compactor, according to WKYC. Michael Sutton, 23, admitted to throwing the puppy out of the window of his 6th floor apartment because the dog went to the bathroom in his bed.

After going over a list of Sutton’s past crimes, including punching his mother in the ribs and abusing his pregnant girlfriend, Judge Michael Cicconetti could no longer contain his disgust.

“You are just vicious. You are revolting. You are cruel. You are inhuman,” Judge Cicconetti said to Sutton.

WKYC had cameras in the courtroom during the sentencing hearing.

I am sick and tired of people coming in here and blaming this on mental illness. Then we have to get you medication. We have to pay for it, and then you don’t take it. Where does that leave a court? I know what I’d like to do. I’d like to give you one of those creative sentences, but that’s for people who can be rehabilitated, people who are first offenders. You are not. You are not one of those people. You are just brutal and savage, and that’s all there is to it.

The judge said it was unfortunate that he was only allowed to sentence Sutton to the maximum sentence of six months in jail on the animal cruelty charge.

“Oh, would I like to put you in a dumpster? Oh, yeah. I would love to do that,” Cicconetti said. “I wish I could say you’re not allowed to be around people.”

Sutton was also sentenced to an additional five years of probation and is prohibited from owning animals.

What a piece of work this clown is:

Written by Katie McGuire[3]. Send your hate mail to the author at katiefmcguire@gmail.com, or feel free to mean tweet me at @GOPKatie[4], where I will be sure to do very little about it.