[VIDEO] Teenager Throws Bottle at Another Bus Passenger. Gets a Knuckle Sandwich.

Caution: Teenagers are dumber (and angrier!) than they appear. This stupid kid throws a bottle at another student, and looks totally surprised when he gets punched in the face in retribution. Like what did you expect would happen when you throw something at someone? They are just going to sit there and take it? Not this kid[1]: 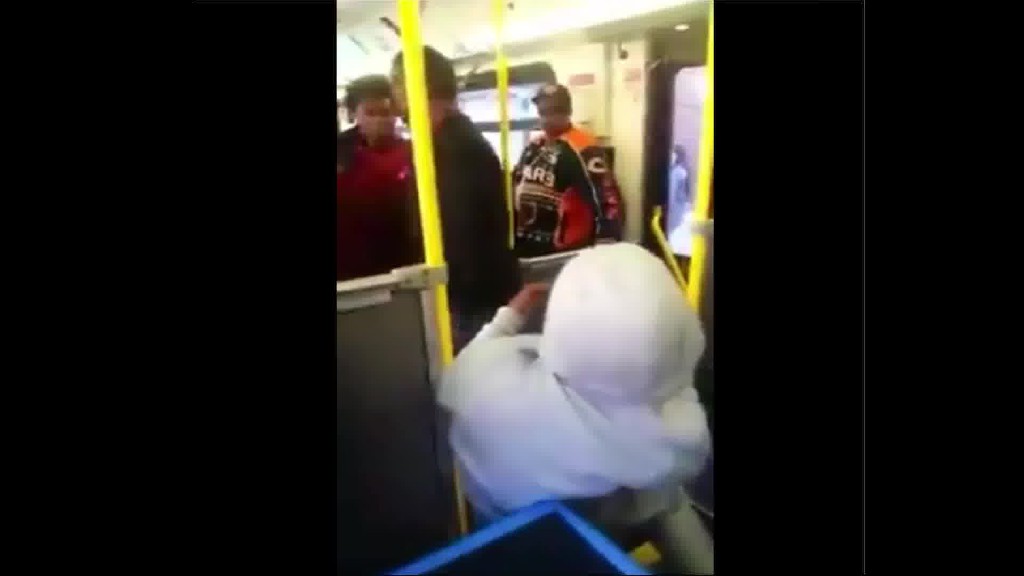 Sadly I don’t have context on this video as I just took it from a Facebook page but as you can clearly see some teenager was having an argument with another passenger and decided to throw what looks like a plastic bottle at his head. Sorry for quality and Vertical video,like I said,not the owner of the video.

Stupid kids. How about just behaving on the bus, and not throwing crap or punching each other? How about respect for your fellow passengers? Idiots.