Talk about a cool war video. The Free Syrian Army fired off an Army TOW missile, with some unexpected consequences. 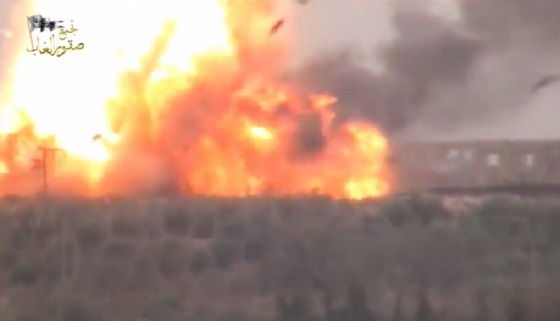 Syrian Army Gvozdika self propelled howitzer is hit by Free Syrian Army TOW missile. The hit causes the ammunition storage compartment as well as the fuel to cook off creating a massive blast.

Those missiles have been provided to the Syrian rebels by the Obama administration, of course. Anyone want to bet how long it takes for them to end up in the hands of Islamic terrorists?