VIDEO: Watch as This Dramatic Police Chase Ends in a Car Flip

When will criminals figure out that police chases are never a good idea? This moron decided to go on a high speed chase which, unfortunately, didn’t end too well for him. 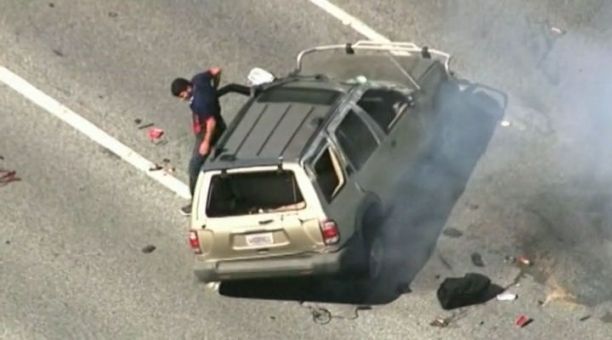 A man has been arrested after a dramatic high speed police chase in northern California that topped 100 miles per hour.

It began near the town of Vacaville when officers tried to stop a Nissan estate which had been speeding.

The driver refused to pull over and sped off along the highway with police in hot pursuit.

The chase finally ended near Los Altos Hills after the car got a puncture, skidded into the central reservation and flipped over.

Why this man went on a high-speed chase to begin with is a mystery, considering the car was his and he didn’t have a criminal record. But hey, if he didn’t have a record before, he sure as heck has one now!