A woman who was arrested because of threats she made in a YouTube video against white people and police has now claimed that the video was a reaction to threats made against her. But apparently these videos were taken by ‘hackers’ on a google chat she was a part of and ‘edited’. Totally[1]: 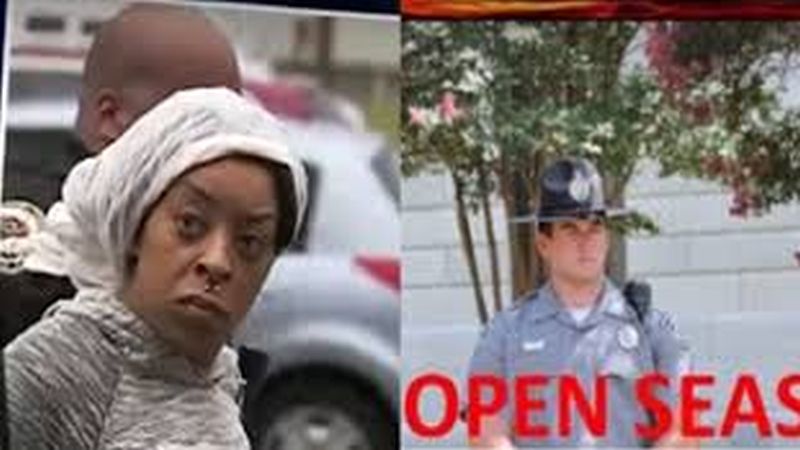 Latausha Nedd appeared on “The Kelly File” — with her lawyer at her side, of course — claimed that the video that showed her declaring “open season” on cops and white people in general was stolen and edited such that her comments appeared out of context.

But Megyn Kelly had some more general questions she wanted the “F***YoFlag”movement activist to answer.

“How do you feel about white people?” the Fox News host asked during the interview, video of which can be seen below.

For all that, however, Nedd admitted to using “cracker” and similar racial epithets in the past.

“The etymology of the word cracker comes from slavery when field slaves would notify each other when the overseer was coming. The sound of the crack of the whip, that’s where it comes from,” Nedd explained.

“Now, if I’m being called a n*****, and no one seems to have a problem with that, when I use the word cracker, now I become a terrorist?” she asked.

I’m not sure where she got the idea that “no one seems to have a problem with that.” Nor do I think that her use of the word “cracker” is really the issue here.

But when Nedd said “it’s open season on the cracker,” that would appear to be a problem, as Kelly pointed out.

Nedd’s lawyer defended her use of the phrase as allowable under the right to free speech guaranteed by the First Amendment.

He also tried to argue that Nedd hadn’t done anything Kelly herself wouldn’t have done in the same situation — a position with which Kelly obviously disagreed.

“A lot of people who are watching this say if that happened, if somebody hacked into my Google chat and started saying nasty things about me, I would not respond by using the terms ‘cracker’ and ‘it’s open season’ and all the stuff we went through, pointing the gun at the camera, finger on the trigger,” Kelly responded.

Of course, the controversial video has been removed from YouTube, but you can watch the full exchange right here: