VIDEO: Woman rages at neighbor who shot her pet pit bull because it ran around inside his house 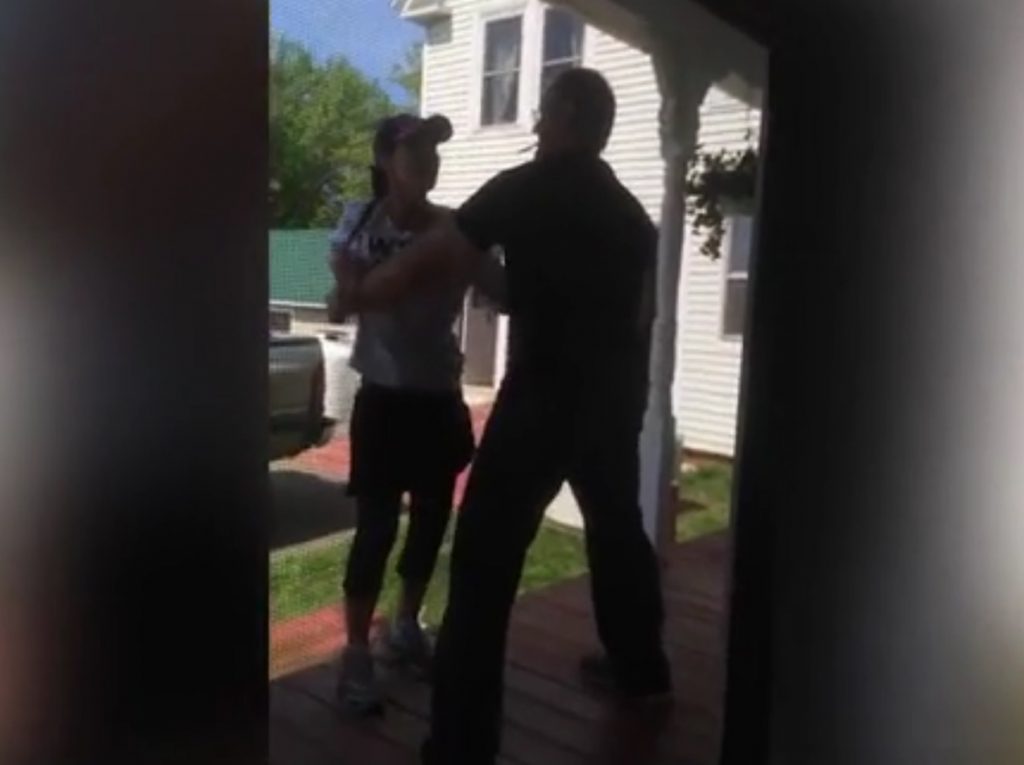 In a sad video recently uploaded to YouTube, the owner of a pit bull finds their pet dying on a neighbor’s lawn, after the homeowner “killed [the dog] with a Glock.”

What appears to have happened is that the pit bull, only partially shown on the lawn, entered into the man’s home and the man shot it because the dog “came at” the man, but the woman insists that the dog had approached the man’s home “with his tail wagging.”

Off camera, you can hear different voices and one of them explained, “I had to [shoot the dog,] he came into the house, he came after me, I’m sorry.” Another woman defends the actions of the shooter, saying that, “It came to my house and I am very afraid of dogs.”

The dog seems to have been named Zeus and the female owner, wearing a baseball hat, said that she will “destroy everything [the shooter] loves” for what he did. We hear more from the woman who claims a fear of dogs, in that it sounds as if she owns a dog herself, but may have been afraid that the pit bull was going to start a fight. There are two videos showing different times of the altercation after the fact and while the people in the video are American, it is unclear which state the incident took place in. You can see the two videos linked below. 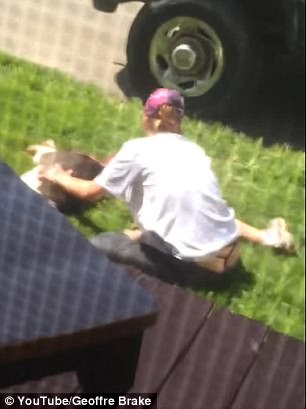 In my experience, pit bulls are little sponges who soak up the personalities of their owners. They can be timid little couch potatoes if they’re raised gently, or vicious things if their owners have a nasty streak and they’re very easy to ruin. A husky will be a rambunctious, loud house-destroyer if you raise it poorly and a pit bull turns into a vicious biter if you raise it poorly, and just like huskies, it’s very difficult to undo poor training in their early life. Last January we wrote about the case of a a pit bull that attacked three of its owners in Florida after they tried to dress the dog up in a Christmas sweater. The dog, named Scarface,[3] was eventually subdued when the son in the family stabbed it in the neck, but it was still alive and fighting when police arrived to shoot it with a tranquilizer. Then, the police were able to go into the house and retrieve the two other children inside.

In 2015, we profiled a 175 lb. pit bull that was owned by dedicated breeders of pit bulls, showing that if raised properly, the animals can be a good family pet. Of course, they breed the dogs so they can train them as protection animals, saying that the breed needs “proper training” with a “good leader.”[4]

Here are the sad videos… I don’t know I’d recommend watching it, if you’re a dog lover!