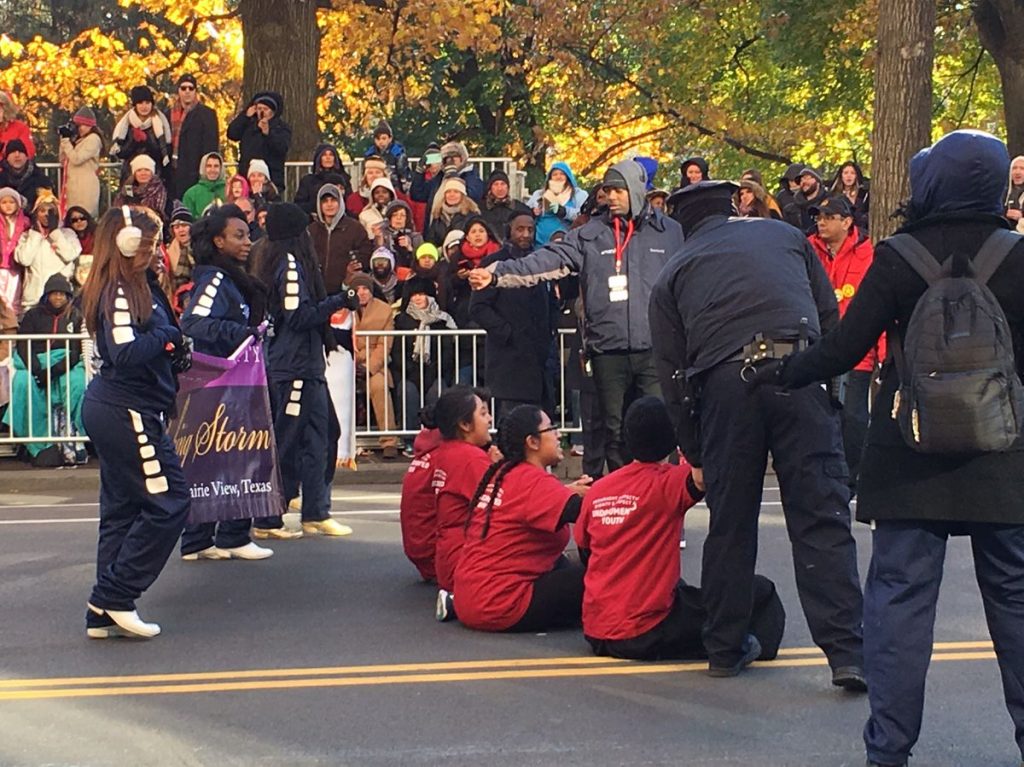 [1]
What better way to celebrate Thanksgiving than to interrupt the Macy’s Parade!

At least that’s what four illegal aliens thought would be a great idea. Look, if you’re going to be illegal in another country, making noise about it during a popular national celebration isn’t a great idea. The four protesters all have temporary DACA protections that will prevent them from being deported for their actions and they decided to take a seat during the parade… right in the middle of the route.

Their protest was backed up by people on the sidewalk who came to cheer them on, chanting “undocumented and unafraid.”

The Seed Project is a small part of the Action Network, which shares office space with United We Dream, which is funded by left-wing billionaire George Soros. Here are the tweets they posted with photos, along with video uploaded by the Twitter handle Latino Rebels showing video of the protest.

Why did Dreamers interrupt the #MacysParade[2]? "I am doing this to bring dignity to our undocumented community, without fear. I want to bring awareness that while some families are together, others are being torn apart." #OurDream[3] pic.twitter.com/ntqFveYold[4]

"I want to see a change, all the million have permanent protection. The only way for me to see that is by taking action." – Barbara Hernandez, disrupting #MacysParade[2] to fight for #OurDream[3] pic.twitter.com/iUTBJ5lYBW[6]

There are more tweets showing photos of the people protesting the events, along with quotes about why their actions are super-duper important and why you should totally accept illegal immigrants who come to your country only to disrespect and disrupt your nice little parade, like Osvaldo Rodrgiuez who says: “I am doing this to bring dignity to our undocumented community, without fear. I want to bring awareness that while some families are together, others are being torn apart.”

Another quotes, from Cata Santiago says: “I can’t chose between my self interest and the wellbeing of my parents: it’s impossible to negate that our struggles are braided into resilience that our ancestors have had for centuries.”

Seeing people with new iPhones who are trying to claim to be oppressed is one of my favorite hobbies: 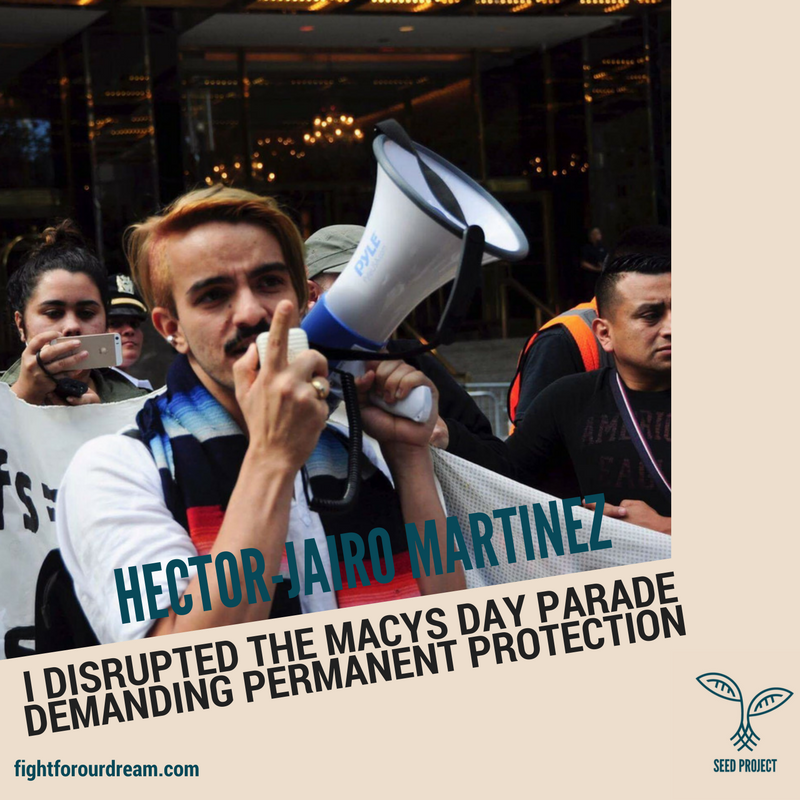 One of the women involved with the Cosecha Movement, which runs the Seed Project replied to a tweet by Kim Kardashian who wrote in September of this year, “I stand with the Dreamers…”. The woman, Maria Cabello wrote:

“Thank you! I was one of the dreamers that got arrested in NYC. Will you meet with us? @CosechaMovement”

And posted her own photos of a similar event they staged at the end of the summer:

On Saturday, the outrage of the DACA repeal brought a crowd of thousands to march through Central Park.11 mins sit in for the 11 million. pic.twitter.com/NEXv1275BI[14]

Earlier today we wrote about Colin Kaepernick visiting Alcatraz for his own ridiculous anti-Thanksgiving celebration, where he took time to visit natives observing their own Unthanksgiving on the island of Alcatraz as they were raising awareness of a 19th century treaty that opened a possibility that natives can take back federal land that is no longer in use by the government. Of course, Colin was only there to talk about himself[16].