Over a thousand people are dead after a massive earthquake struck Nepal — and that earthquake also triggered an avalanche at the base camp of Mount Everest. This terrifying video shows firsthand what that avalanche was like (NSFW for language). 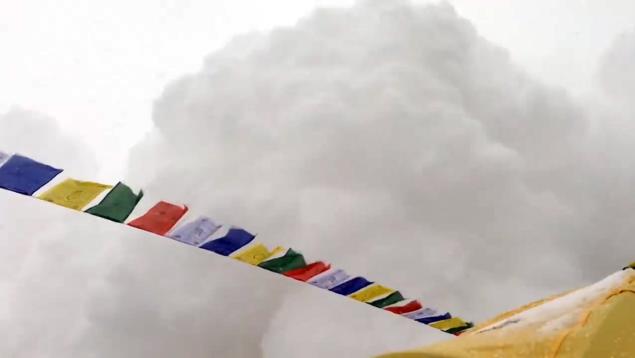 “The ground is shaking.”

A new point-of-view video reveals the terrifying scene that unfolded as an avalanche tore through base camp at Mount Everest on Saturday, triggered by a 7.8 magnitude earthquake that struck Nepal.

Shot by German climber Jost Kobusch, the footage shows that people at the camp had little forewarning that an avalanche was heading their way. At least 18 people died and 61 people were injured in the avalanche.

Six seconds into the video, Kobusch notices that the ground is shaking. At the 17-second mark, the camera pans away from the camp, and people can be seen running away from the avalanche and into tents. Kobusch runs into a tent with several other people.

The avalanche then hits the camp and, after one minute, a person in the tent with Kobusch attempts to exit. “No, no, no. Wait, wait, wait. Maybe there’s coming [sic] more.”

Climbing Mount Everest comes with a lot of risk, and inclement weather is known to be one of the leading causes of death for climbers on the mountain. These people are lucky to still be alive.