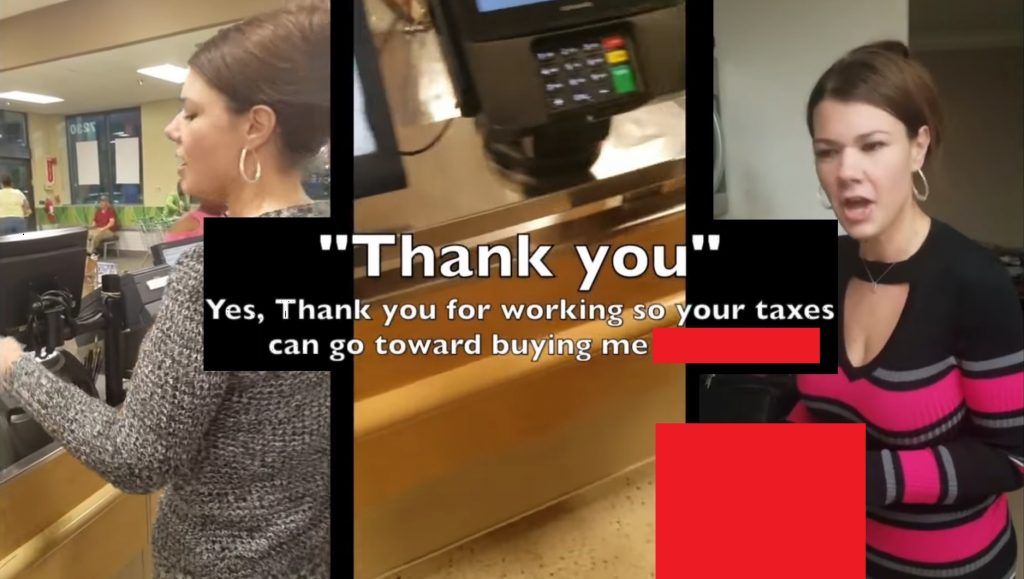 A woman who appears to be using a legitimate Florida EBT card is shown buying luxury items on the money she receives by claiming she is too disabled to work.

The unnamed woman in the video is shown picking up lobster at a local Publix and uses an EBT card to purchase it, all while narrating that the woman behind the counter would have to work for an hour and a half to be able to afford it… and that she doesn’t even like lobster.

No, the fresh caught lobster all the way from Canada was going to be served up to her dog, all while taunting the camera, but showing off her luxury key chains and her two cell phones. One, her personal phone, and two, the “Obama Phone” that the government gave her for free. In showing off her Coach keychains she said that they’re worth more than what a minimum wage earner is likely to spend on a car payment, saying that they probably don’t even have “f**king cars, they’re using f**king public transport.

Language warning on the video!

The video itself was first published on one channel, deleted and re-uploaded elsewhere.

The website Reddit has been investigating the authenticity of the video and found that if you pause at 14 seconds, you can see that she definitely appears to be holding a Florida EBT card. As well, when she shows her receipt, the receipt lists a remaining EBT balance and F/S total, which stands for Food Stamps Total. 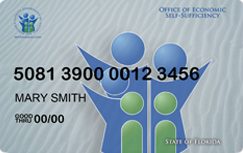 Example of a Florida EBT card.

But, while it may be true that she was able to use her EBT card to buy lobster, the video has been posted over and over on the social media website in an attempt to make it go viral. So, take it with a grain of salt. She is probably having her main expenses covered by someone else, or is working under the table. 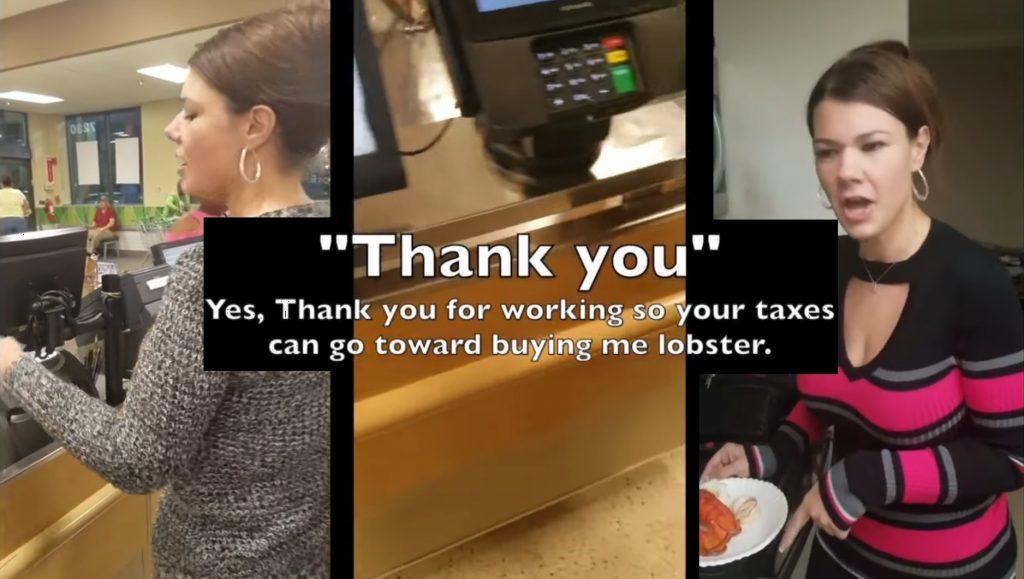 Halfway through the video, the words appear: Yes, Thank you for working so your taxes can go toward buying me lobster.

She tells the camera that she is on social security due to depression.

“Depression is a disability. So if you’re too depressed to work full-time, apply for social security.”

At the end of the video, she plates what appears to be lobster tails and puts them on the floor for a husky to start eating.

Even if the video is a set-up, the fact remains: Someone out there is buying lobster on their EBT cards[4] in order to give a treat to their dog.