An amazing operation that would have left a man otherwise with no other options but to live with the psychological scars and emotional trauma of losing his penis has been a success. Succeeded so well, in fact, that he is expecting a child with his girlfriend- a happy result that he would not have been able to have without the transplant. More from Daily Mail[1]: 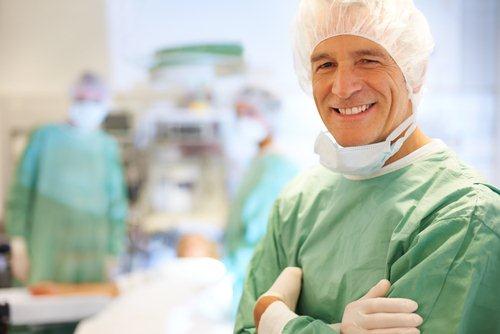 The man who underwent the world’s first successful penis transplant is set to become a father after revealing his girlfriend is pregnant.
Doctors at Stellenbosch University in Cape Town, South Africa, who were involved in the operation, announced the news at a public lecture today,News24 reports.

The conception confirms the operation was a success and the organ is functioning, said Professor Andre van der Merwe, the head of the university’s division of urology, who led the procedure.

He said the 21-year-old patient recently informed him of the pregnancy, made possible by the pioneering operation in December last year.

The South African man, who has not been named, lost all but a 1cm stump of his penis three years ago following a botched circumcision.

He was able to resume a sexual relationship with this girlfriend just five weeks after the transplant, doctors said.

Professor Frank Graewe, who took part in the nine-hour surgery on the South African man, said in March: ‘He gets good quality erections, ejaculates and has frequent sex with his partner.’

He said doctors are now also appealing for donors to enable more men to have the operation.

He received the donated organ harvested from a man who was declared brain dead.

Professor Graewe said the recipient had accepted the new organ as ‘his own’ – and added the skin tone of the donor penis is similar to that of the patient.

‘It will never be 100 per cent similar, because even when the individuals have the same skin colour, complexions differ,’ the doctor added.
Ten years ago, a man in China received a transplant, but asked surgeons to remove the donated penis two weeks after the operation.

Professor van der Merwe had spent years experimenting on cadavers to see which nerves, blood vessels and other elements had to be joined to guarantee full function.

The procedure was performed as part of a pilot study to develop a penile transplant procedure that could be performed in a typical South African hospital.

The planning and preparation for the study started back in 2010.

After extensive research Professor van der Merwe and his surgical team decided to use techniques developed for the first facial transplant.
‘There are a number of men who would benefit from this operation but the issue is a lack of donors and also a lack of funding,’ he told MailOnline in March, when the procedure was made public.

A follow-up operation enabled the young man to urinate normally, without the aid of a catheter, and the doctors said his overall confidence had risen considerably since the procedure.

The patient made a full recovery – a result which the doctors did not expect to occur until about December 2016.
Professor van der Merwe said they were surprised by the patient’s rapid recovery.

Speaking at the time, he said: ‘Our goal was that he would be fully functional at two years and we are very surprised by his rapid recovery.’

Not only is this an amazing surgery, but that it was actually successful is amazing. I hope that his surgery allows him to have the family that he wants and helps him regain his confidence in the bedroom department. Well done to the surgical team and thanks to the donor for this operation being a success!