The dead vote again…[1] 119 people voted 229 times in Chicago after they were dead and buried. I bet this is just the tip of the iceberg in Chicago – a Democratic stronghold and Marxist utopia. Voter fraud is rampant there, but is anyone surprised? These are the stomping grounds of Rahm Emanuel and the Obamas. It’s just a normal election for these corruptocrats.

CBS 2 investigators found these instances of voter fraud by merging Chicago Board of Election voter histories with the death master file from the Social Security Administration. They were shocked to discover them, but they shouldn’t have been. This has been going on forever. Of course, Chicago Democrats are claiming that they are just clerical errors and there’s nothing to see here. That’s what they say every damned time it happens. 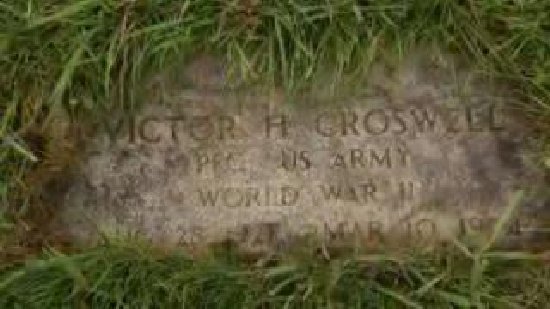 CHICAGO (CBS) — Susie Sallee was buried in 1998. Yet records show she voted in Chicago 12 years later.

Victor Crosswell died in 1994, but records show he’s voted six times since then.

And then there’s Floyd Stevens. Records show he’s voted 11 times since his death in 1993.

“It’s crazy,” Sharon Stevens Anderson, Stevens’ daughter, tells CBS 2’s Pam Zekman. “I don’t see how people can be able to do something like that and get away with it.”

Those are just a few of the cases CBS 2 Investigators found by merging Chicago Board of Election voter histories with the death master file from the Social Security Administration.

In all, the analysis showed 119 dead people have voted a total of 229 times in Chicago in the last decade.

The Democrats claim these aren’t the bad ole days of monstrous voter fraud in Chicago… yeah, they are. They never ended. All of these politicians are as corrupt as the day is long and they don’t mind getting out the dead vote. Not at all.

Politicians claim that about 60,000 dead voters have been purged from the rolls over the last decade — but 2 Investigators found numerous examples of that not happening. One man reported the 1997 death of his father. But records indicate his father has voted twice after he died. I’ll bet that happens incredibly often in Chicago and across the nation for that matter. Another guy reported the death of his mother multiple times and they just never seemed to remove her name. How convenient.

This isn’t by accident or because of incompetency or sloppiness… it’s on purpose and planned. Voter fraud is out of control out there and the politicians can deny it all they want. No one believes them anymore. They definitely have the Walking Dead vote.