This is staggering.[1] I’ve written on voter fraud for years and yet you still hear conservatives who claim it isn’t a big deal and not widespread. Boy, they could not be more wrong. There are more than 7 million voters who are registered in multiple states. What does that tell you? This doesn’t include being registered in multiple counties within the same state. This shouldn’t happen… the minute you go to register in a new place, your name should be removed from the old database. If anyone intended for voting to truly be honest, that’s how it would be done. But no.

My first experience with voter fraud happened during the years I lived in Las Vegas. It was rampant. Boxes and boxes of votes would be dumped in the desert and no one cared. It’s a good ole’ boy state and corruption is a way of life there. As voting became computerized, you would have thought that a lot of that would have stopped. The face and the method of the corruption changed. It became digital. And since the databases are not connected like the DMV does, it opens the door for voter fraud and manipulation. 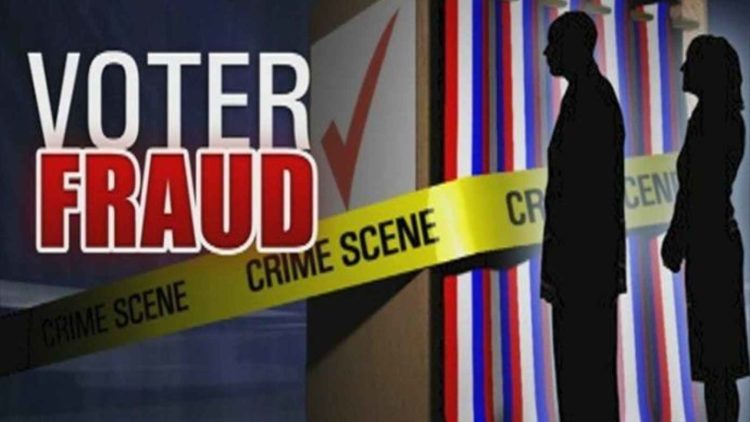 More than 7 million voter registrations appear to be registered in two states simultaneously, according to data obtained by the Washington Free Beacon.

The new voter data[4] was gathered from the Kansas-run interstate voter registration crosscheck program, which is used[5] to identify “possible duplicate registrations among states.”

The program began in December 2005 and conducted its first crosscheck in 2006. It is administered by the office of Kansas Secretary of State Kris Kobach, who was tapped recently to help lead President Trump’s voter fraud commission.

The newest data is from crosschecks of voter registrations across 28 states that participate in the program. At least 7.2 million registrations appeared in two states at once, according[6] to the data.

The study shows that more than 916,000 people appear to be registered multiple times within their state of residence. North Carolina accounts for 90 percent of potential intrastate duplicates.

Nearly 68,000 registered voters across the 28 states had “invalid” dates of birth, a category that include missing, incomplete, or placeholder birth dates, which can reflect older records before dates of birth were kept on file.

President Trump was right when he declared war on voter fraud. I just hope his team carries through on it. This is why Democrats fight against voter ID the way they do. This new voter data was gathered from the Kansas-run interstate voter registration crosscheck program, which is used to identify “possible duplicate registrations among states.” There are 28 states in the study – so it is even worse than this says. The study was conducted by the office of Kansas Secretary of State Kris Kobach, who is now preparing to head up President Donald Trump’s voter fraud commission. I hope they connect the databases and get serious on this once and for all.

I also hope that you have to prove you are a US citizen to vote before this is all said and done. Between illegal immigrants and the dead voting, we have an even bigger problem out there in regards to voter fraud. The study also found that more than 916,000 are registered several times in the states in which they reside. North Carolina tops this category with 90 percent of instances. And there are a myriad of other problems out there as well. Earlier this year it was estimated that up to 800,000 illegal votes were cast for Hillary Clinton in the 2016 presidential election. If you want a constitutional crisis, this is it.