This case was bound to end this way.[1] I reported on this when it first happened in 2016. Andrew J. Spieles, 21, just pleaded guilty to registering dead people to vote in the last presidential election for Democrats. He attended James Madison University… now he’ll be attending prison for at least 100 days and it could be much more like 120 days. He’s lucky that he got such a light sentence over this. Hard lesson to learn. I doubt he takes it to heart.

“In July 2016 Spieles’ job was to register as many voters as possible and reported to Democratic Campaign headquarters in Harrisonburg,” a U.S. Attorney’s Office spokesperson said. He worked for a voter registration firm called Harrisonburg Votes; a political organization affiliated with the Democratic Party. 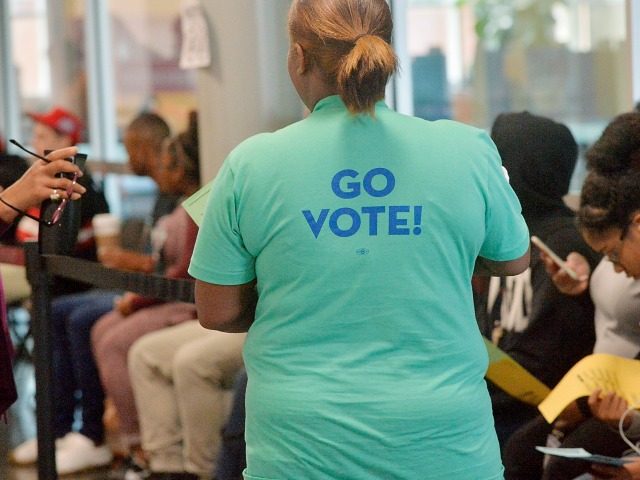 A student from James Madison University in Harrisonburg, Virginia, will spend at least 100 days in prison after admitting to registering deceased voters for Democrats during the 2016 presidential election.

Andrew J. Spieles, 21, pleaded guilty Monday in the U.S. District Court of the Western District of Virginia to submitting the names of dead voters to the registrar’s office in Harrisonburg, WTVR-TV reported[4].

The student was working for Harrisonburg Votes when he committed the crime, according to U.S. Attorney Rick A. Mountcastle. Harrisonburg Votes, whose website has since been deleted, has ties to the Democratic Party.

“In August 2016, Spieles was directed to combine his registration numbers with those of another individual because their respective territories overlapped,” U.S. Attorney’s Office spokesperson said. “After filling out a registration form for a voter, Spieles entered the information into a computer system used by the Virginia Democratic Party to track information such as name, age, address and political affiliation. Every Thursday an employee/volunteer hand-delivered the paper copies of the registration forms to the Registrar’s Office in Harrisonburg.” He got caught after a Registrar’s Office employee called the police after another staffer recognized a name on a registration form as belonging to the deceased father of a Rockingham County Judge. Oops.

“The Registrar’s Office discovered multiple instances of similarly falsified forms when it reviewed additional registrations. Some were in the names of deceased individuals while others bore incorrect middle names, birth dates, and social security numbers,” the spokesperson explained. “The Registrar’s Office learned that the individuals named in these forms had not in fact submitted the new voter registrations. The assistant registrar’s personal knowledge of the names of some of the individuals named in the falsified documents facilitated the detection of the crime.” Spieles admitted to multiple instances of this. In total, he admitted to 18 fraudulent forms and claimed no one else was involved. I still find that hard to believe.

President Trump signed an executive order in January creating a new, bipartisan commission to investigate claims of voter fraud and strengthen voting security. I have long contended that voter fraud is widespread in the US due to how voter rolls and databases are handled by the parties. Perhaps some of this will be cleaned up now.

I will be asking for a major investigation into VOTER FRAUD, including those registered to vote in two states, those who are illegal and….

even, those registered to vote who are dead (and many for a long time). Depending on results, we will strengthen up voting procedures!