Imagine North Korea launching a nuclear weapon and having it go off 200 miles over the United States. It would initially seem as if we had dodged a bullet. After all, can you imagine having a city like Los Angeles or Houston hit with a nuke? Millions would die, the economic losses would reach into the trillions and it would be years, if not decades before the city could be rebuilt and reinhabited.

However ultimately, that nuclear weapon going off above the United States would be EVEN WORSE. How can that be possible? 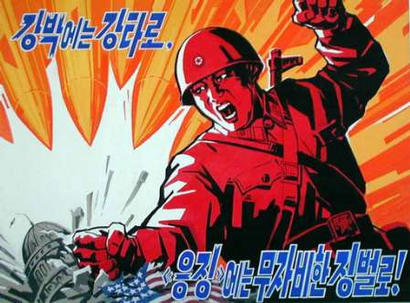 The nuclear bomb going off that high into the atmosphere would send out an electromagnetic pulse that would fry electronic circuitry all across the country. Radios, TV and cell phones? They’d be gone. The Internet? Done for. Your bank account? The electronic records would disappear.

In the blink of an eye, our nation would be dragged backwards technologically 150 years.

Just keeping modern-day America fed would be virtually impossible without working transportation or communications systems. Water-pumping and sewage-treatment plants would be offline. Modern medical care would be virtually nonexistent. Even if the rest of the world mustered the largest humanitarian mission in human history, the suffering would be unprecedented.

Now, there are fears North Korea could be planning exactly that sort of attack. In fact, some experts believe that a three stage missile test North Korea implemented last December could be preparation for an EMP attack on the United States.

The good news is that North Korea has a history of making loud threats and waiting for the world to appease it with money and food. But, with Kim Jong-un now in charge and nuclear blackmail factoring into the equation, the situation has become much more unpredictable and dangerous. That’s why our military has activated the missile defense shield that Democrats have been trying to kill since the Reagan years. Could it stop an actual nuclear attack on the United States at its current level of development? We don’t know for sure and let’s hope that we don’t have to find out.