Almost A Majority Of DEMOCRATS Favor A Ban On Muslims

For all of the mocking that Trump has received regarding his comments on temporarily banning Muslim entry[1] into the United States, there are a lot of people who actually agree with him. 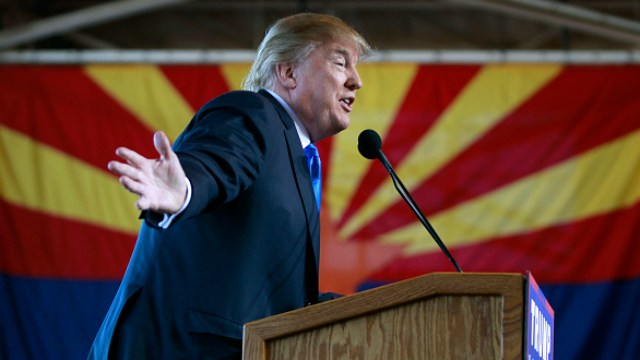 Turns out that a lot of people from both parties support Donald Trump’s proposal of banning all Muslims from entering the United States.

What’s funny is that Democrats support the ban at a higher clip when Trump’s name is taken out of the equation.

How does that work?

However, when Trump’s name is removed from the question, support for the plan goes up five points and opposition goes down six: 55 percent favor the unnamed proposal, while 40 percent oppose it.

So while voters favor the “Trump” ban by a 4-point margin — that increases to 15 points when the same ban is not associated with Trump.

There are stunning shifts in the responses among Democrats: 45 percent favor banning Muslims if Trump’s name is not mentioned, yet when the plan is identified as Trump’s, support drops to 25 percent.

Among Republicans, views hold steady: 71 percent favor it when attributed to Trump vs. 72 percent for the generic proposal.

It just goes to show how easy it is to dismiss a good idea when you don’t like the person proposing it.