American Hostage’s Mother Lashes Out At The Obama Administration: The U.S. Failed Our Children [Video]

Barack Obama certainly did fail their children and it was intentional. A Muslim activist[1] actually claims that Mueller was sentenced to death last year. Chances are she is dead and I can all too easily imagine what was done to that poor girl. It was very foolish to go to Syria in the first place. The minute she was captured, her execution was assured. The activist, Mauri Saalakhan, said that Kayla Mueller’s parents had been told last July that she would be killed unless Pakistani neuroscientist, and terror suspect, Aafia Siddiqui was released from a US jail. She would never have been released though and Obama dragged his feet on a special forces rescue just long enough to ensure all the hostages were gone and their fates were sealed. 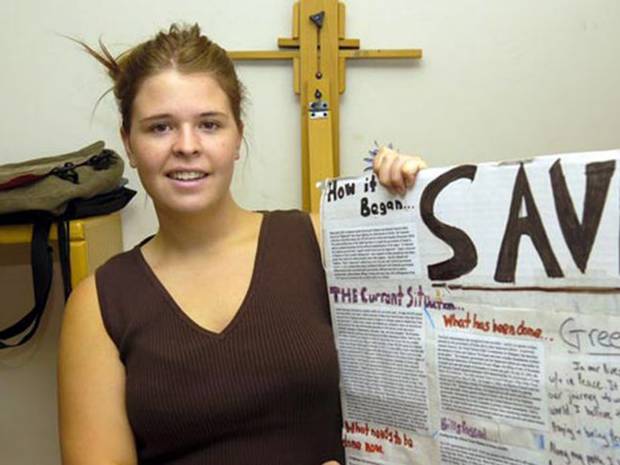 The mother of an American journalist who was the first hostage beheaded by ISIS last August lashed out at the Obama administration on Saturday, saying the alleged death of Kayla Mueller[3] on Friday was a reminder that “nothing was done” to save those in captivity.

Diane Foley, whose son James Foley was shown in an Aug. 19 ISIS video being killed by the group’s spokesman “Jihad John,” has spoken out before — but Mueller’s possible fate renewed her ire over what she feels was the government’s inattention to the crisis.

“Kayla, along with our son and others were held for nearly two years and there were many opportunities along the way: several times when the captors reached out, several times when returning hostages brought sensitive information. And yet nothing was done to save our young Americans. So that’s the part that deeply concerns me,” Foley told ABC News in an interview, parts of which aired on “World News Tonight.”

On Friday, ISIS claimed that Mueller, 26 — whose name was mostly kept secret publicly because her captors had demanded a media blackout from her family in Prescott, Arizona — was killed in a Jordanian airstrike on a building in Raqqa, Syria.

While Jordan did conduct airstrikes in Raqqa, ISIS has offered no evidence yet of her death, much less on that date or in a coalition bombing run.

For much of 2013 and 2014, Diane Foley and hostage negotiators working for her family knew the likely locations of the western captives held by ISIS in Syria, even as they were moved from time to time. But the U.S. didn’t launch a mission until July 3, when a squadron of operators from the elite Delta Force hit an oil refinery site near Raqqa, discovering it was a “dry hole.”

Kayla Mueller had been among those held there, counter-terrorism sources have told ABC News.

A counter-terrorism official with knowledge of the planning and execution of the July 3 rescue operation said Diane Foley’s assessment was correct.

“Washington took too long. We missed the hostages by two days. We could have had all the hostages — all of them,” the counter-terrorism official told ABC News last week, still upset over the outcome.

Since then, three American, two British, two Japanese and a Jordanian hostage have been executed in gruesome ISIS videos.

Diane Foley said she met with the review team at the National Counter-Terrorism Center last week to share her family’s perspective on how the government had failed to communicate anything that they could have used and then had NSC and State Department officials threaten prosecution if they paid ransom to ISIS.

Foley said her family’s relationship with government officials “couldn’t have been much worse, I’m afraid.”

“We were always told to trust that Jim was the highest priority and that our government was doing all it could and I really found no evidence of that,” she added. “Instead we were kind of told just to trust and that did not work out well… I shouldn’t have trusted. We regret not having done more privately ourselves.”

You can’t trust the Obama Administration. Obama released five of the worst from Gitmo for a stone-cold traitor, but he threatens these parents with prison if they pay a ransom. He knew where the hostages were for months and finally gets a Delta Force team into rescue them… two days too late. Obama not only did nothing to rescue these people, he actively prevented their rescue. Having said that, I don’t believe the parents would have been successful through back channels either. There’s a reason you don’t deal with terrorists such as ISIS – they lie obsessively and it only encourages them to commit more atrocities. Bless these families, my heart goes out to them. Their lives will never be the same and you can thank Barack Obama as well as the terrorists for that.