Even Ward Churchill wasn’t as much of a disgrace to the name he carried as this now dead dirtbag[1]. 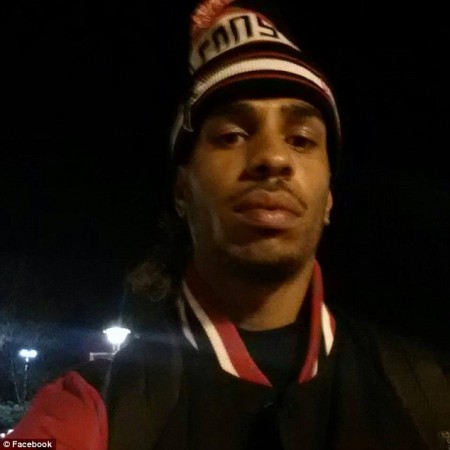 An American rapper who is thought to have been killed in Syria while fighting for ISIS was a school friend of an Islamic convert who joined the terrorist group al-Shabab, it has emerged.

It was confirmed by a state official on Tuesday that Douglas McArthur McCain travelled to Syria to join a militant group, most likely the Islamic State, and had been killed fighting over the weekend.

Now it has been revealed that McCain, who had most recently lived in San Diego but grew up outisde Minneapolis, attended the same high school as Troy Kastigar, who died in 2009 aged 28, while fighting for al-Shabab in Somalia.

…His cousin Kenyata McCain, told the Minneapolis Star Tribune that she had spoken to him as recently as Friday and ‘he was telling all of us he was in Turkey.’
‘I know that he had strong Muslim beliefs,’ she told the newspaper. ‘But I didn’t know that he was in support of ISIS. I didn’t think he would be.’

…FBI Director James Comey said in June that roughly 100 people had left the United States to join the conflict in Syria.

…According to his Twitter, he converted to Islam around 2004, referring to himself as ‘Duale ThaslaveofAllah’ and his online posts become much more fervent.

When people say that terrorism isn’t all about Islam, they may be right for most Muslims, but for Douglas McArthur McCain it was. In his view, Islam was all about murder, rape and war and at a minimum, there are tens of millions, if not hundreds of millions of Muslims who agree with him. That’s a problem that needs to be addressed first and foremost by Muslims who don’t agree with these animals. Some of them have done so, but a lot more need to join their ranks.

Last but not least, this piece of garbage was an American and according to the FBI, there are at least a hundred more like him that they know of so far. Any of these animals could have blown themselves up in a daycare before they left or they could come back after fighting in Syria and do the same thing. That makes Isis a threat to America, not just a regional problem and we should treat it that way.

Dear Millennials: Hollywood, Your Favorite Bands, and Your College Professors Have Been Lying To You About Life[3]