The ghost of Osama bin Laden[1] has arisen in his youngest son. Hamza bin Laden is approximately 24 now. Skilled in terrorism, explosives and killing in general, it appears that Hamza is eager to follow in his father’s infamous footsteps. In an audio message via Twitter, al Qaeda is encouraging lone wolf attacks in the US, France, the UK and Israel. Between al Qaeda and the Islamic State, increased lone wolf and coordinated cell attacks are assured here in the US. Especially with the weak, Muslim Brotherhood coddling leadership we currently have. 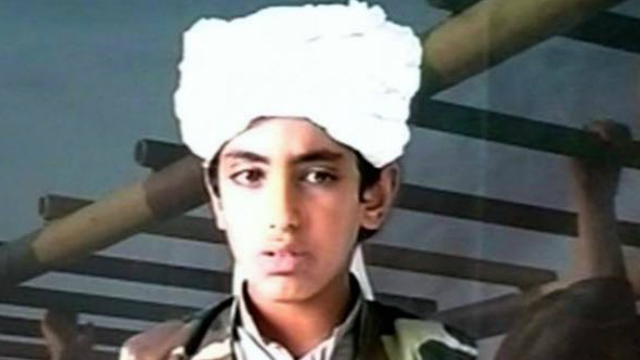 It’s too bad that children in Muslim countries will more than likely never find Jesus Christ, or have any hope for growing up normal.

Such is the case for Osama bin Laden’s son and potential successor, Hamza.

Jihadists shared the audio message on Twitter, reports The Telegraph[4], and it is believed to be the first one sent out by bin Laden’s son, who is about 24. Before now, he had not officially been an al-Qaida spokesman, but insiders have been pushing him as the terror network’s future leader, and he was eager to join the fight.

According to letters[5] found at Osama bin Laden’s compound after his death, Hamza wrote to his father saying he was ready to join the fight.

He had trained with explosives and embraced the terror network, the letters said.
U.S. intelligence officials say Hamza was bin Laden’s favorite son, and documents that have been declassified by Central Intelligence Agency include two letters from Hamza to his father and one from Hamza’s mother, begging that he be able to “follow in his father’s footsteps.”

Hamza is believed to have engaged in terror raids as a teenager, including attacks in Pakistan and Afghanistan as far back as 2005, as well as in propaganda films while he was younger. 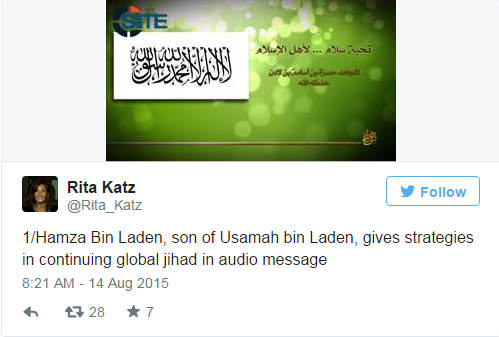 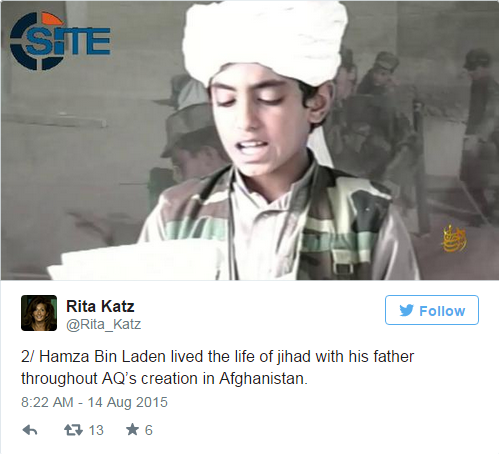 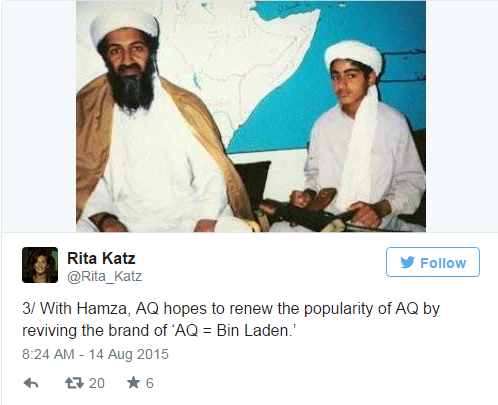 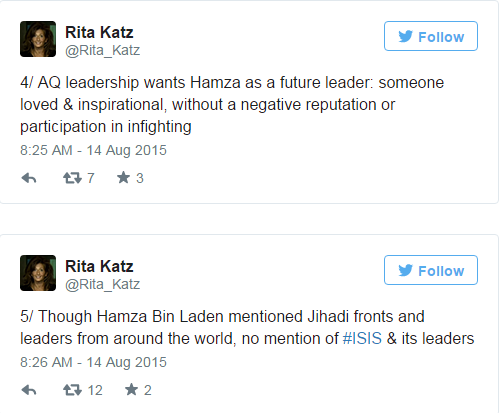 Being the son of Osama bin Laden, Hamza never had a chance to succeed in life.

He will spend most of his days dusting out his cave like the rest of Al-Qaeda and ISIS if a Republican president has anything to say about it.

With a Democrat in charge though, lone wolf attacks are far more likely to occur on American soil (Fort Hood, Chattanooga, Boston, etc.), which should be reason enough to vote GOP next November.

London, Washington, Paris, and Tel Aviv were specified as targets for attack. The call was against Jewish-American interests globally. It is beyond me why President Bush and our government protected the bin Laden family after 9-11 – whisking them out of the country for fear of reprisal. Then they found safe haven in Saudi Arabia, Pakistan, Afghanistan and Iran. Somewhere behind this whole mess, my money is on Iran. The bin Laden family is large. Hamza was initially reported as being killed in the 2011 raid on the bin Laden compound in Pakistan, but instead, another son, Khaled, was the one that was killed, as Hamza was able to escape. Now, he’s set his little demonic sights on the US and Israel. With a side of France and the UK on the menu. This is far from over and sooner or later we will have to face radical Islam head on. Hamza and his buds are itching for a fight.