BLOCKBUSTER CLAIM: Members Of The Saudi Arabian Government Were Involved In 9/11

Saudi Arabia has always been complicated. The country is ruled by a royal family that is afraid of radical Islam because they fear they’ll be overthrown by terrorists like Al-Qaeda, but they also use their oil money to encourage the spread of radical Islam across the world. In other words, they have an internal struggle going on and there are now reports that some members of the Saudi Government may have had a hand in 9/11.[1] 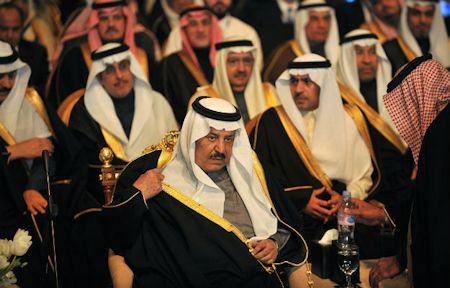 After the 9/11 attacks, the public was told al Qaeda acted alone, with no state sponsors.

But the White House never let it see an entire section of Congress’ investigative report on 9/11 dealing with “specific sources of foreign support” for the 19 hijackers, 15 of whom were Saudi nationals.

It was kept secret and remains so today.

President Bush inexplicably censored 28 full pages of the 800-page report. Text isn’t just blacked-out here and there in this critical-yet-missing middle section. The pages are completely blank, except for dotted lines where an estimated 7,200 words once stood (this story by comparison is about 1,000 words).

A pair of lawmakers who recently read the redacted portion say they are “absolutely shocked” at the level of foreign state involvement in the attacks.

Reps. Walter Jones (R-NC) and Stephen Lynch (D-Mass.) can’t reveal the nation identified by it without violating federal law. So they’ve proposed Congress pass a resolution asking President Obama to declassify the entire 2002 report, “Joint Inquiry Into Intelligence Community Activities Before and After the Terrorist Attacks of September 11, 2001.”

Some information already has leaked from the classified section, which is based on both CIA and FBI documents, and it points back to Saudi Arabia, a presumed ally.

The Saudis deny any role in 9/11, but the CIA in one memo reportedly found “incontrovertible evidence” that Saudi government officials – not just wealthy Saudi hardliners, but high-level diplomats and intelligence officers employed by the kingdom – helped the hijackers both financially and logistically. The intelligence files cited in the report directly implicate the Saudi embassy in Washington and consulate in Los Angeles in the attacks, making 9/11 not just an act of terrorism, but an act of war.

If it turns out to be true that members of the Saudi government helped with 9/11, then there are some obvious questions that need to be asked. Who were they? How far up the chain of command did it go? What happened to the people involved? Are they dead or in jail?

It understandable that Bush might have pulled that information since we needed Saudi Arabia’s help with the war on terror and one of Al-Qaeda’s goals was to overthrow the government of Saudi Arabia, but the American people have a right to know what happened. Chances are, it was handled the way it should have been. After all, for all their flaws, Bush and Cheney were both dead serious and absolutely lethal when it came to prosecuting the war on terror. Yet and still, if there’s anyone and I mean ANYONE in Saudi Arabia who has escaped punishment for his role in the 9/11 attacks, we need to rectify that, preferably by making him dead.