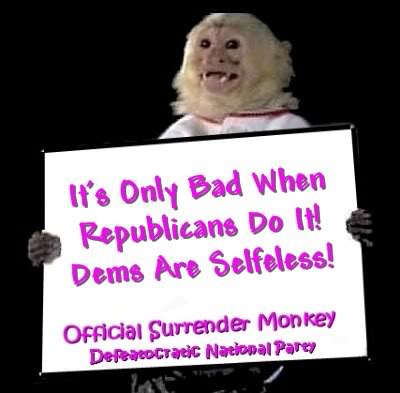 A little bit of fake news, as this is something that hasn’t happened, it’s just Democrats caterwauling to create an atmosphere of potential doom

Congress leaves Trump with unlimited war powers[2]
The failure to pass a war authorization against the Islamic State will mean few checks on his provocative campaign vows.

For much of Barack Obama’s second term, Congress sought to pass a formal authorization for the war against the Islamic State — both to signal the country’s resolve and to provide a check on the president’s unfettered war powers.

That failure to act now means Donald Trump will effectively have free rein to wage what he calls a global U.S. war on radical Islam, a prospect that terrifies many Democrats.

Democrats consistently blocked any attempt to reign on the war powers, particularly as established per several pieces of legislation post-9/11. Obama has used those powers mostly pretty well, in my opinion, in launching attacks on Jihadis throughout the Middle East and Northern Africa. These attacks have upset many on both the left and right, but, I’m good with them. The media has been mostly quiet on the use of drone and special forces strikes on Islamic jihadis, as have Democrats and their anti-war coalition. But, suddenly, they’re very concerned.

“You could easily see him wanting to ramp up the war on terror and take it to new parts of the globe,” said Rep. Adam Schiff of California, the top Democrat on the House Intelligence Committee. “There are few limits on what he can do.”

Democrats like Schiff worry that without an updated legal framework to govern the war on terror, Trump could turn some of his controversial campaign rhetoric into reality — from vows to bring back waterboarding to killing the families of terrorists.

For “an inexperienced president who tweets and gets angry … to have broad war-making power, it’s a dangerous place to be,” said Rep. Barbara Lee (D-Calif.), the lone member of Congress who voted against the nation’s existing war authorization, which was passed in 2001 but has not been updated since.

In other words, this is all paranoia and scaremongering. And now they have plans to introduce a new push for a resolution to reign in Trump. And, granted, there does need to be a new resolution to replace the one passed in 2001. It’s just funny that Democrats are hot to trot to do it now.

(The Surrender Monkey will make his triumphant return after Trump takes office, after an 8 year layoff, as Democrat surrender and malfeasance is highlighted)