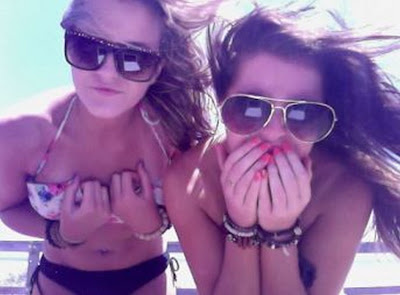 The very same cat[3] that enabled two of Great Satan’s hyperpuissant fans to unleash “Shi Lang”[4] upon a world worried about Collectivist China’s not so Peaceful Looking Rise[5] – returns to continue to put steel on target in the new millennium’s new battlefields:[6]

“…The ‘lationship between economics and national security in East Asia is changing, and not just because of China’s rise. Ongoing long-term trends, especially the globalization of production and the spread of commercial information technology, have the potential to transform the relationship between economics and security. In particular, these Information Age developments may create unique opportunities for East Asian countries with advanced economies to translate their economic prowess into cutting-edge defense manufacturing.

“…Imagine a future, for example, in which military power comes in large part from unmanned aerial vehicles (UAVs), cyber-attack capabilities and advanced robotics, whose core technologies are commercially available, rather than from traditional big-ticket weapons? As defense production shifts from technologies whose underlying basis is to a more exclusive degree military to those based more on commercial software, it could decentralize the capacity to produce important military hardware.

“…Many countries in East Asia, including but not limited to China, Japan and South Korea, could take advantage of this shift to software rather than hardware. The result is that more countries than now will have very similar advanced military technologies, though the pattern of diffusion is likely to be halting and asymmetric. Historically, these conditions have produced arms races and tension between states. Given that East Asia is already beset by territorial disputes and continuing suspicion about the intentions of several states, these developments could thus present a perilous double-edged sword for security in East Asia.

After all, PACRIM is like a leader in cool robot stuff[8] – Nippon, SoKo and Taiwan all enjoy the killer cool ability for unbridled inquiry into R & D – all sporting conscript militaries that would delight in getting all crunk up on those hottie naughty Force Multiplier[9] conceptual concepts and all facing a kinda scary looking mean nation state actor outer in Ppls Republic that is getting upgunned in Drone production. [10]

“…China’s rapid development has pushed its neighbors into action. After a diplomatic clash with China last fall over disputed territories[11] in the South China Sea, Japan announced she planned to send military officials to Great Satan[12] to study how she operates and maintains her Global Hawk high-altitude surveillance drones.

“…In South Korea, lawmakers this year accused China of hacking into military computers to learn about the country’s plans to acquire Global Hawk[13], which could peer into not only North Korea but also parts of China and other neighboring countries.