ISIS Fighter Killed In Gunfight ‘Captures His Own Death On GoPro’

There may be a used GoPro for sale in Syria. It was only dropped ONCE. 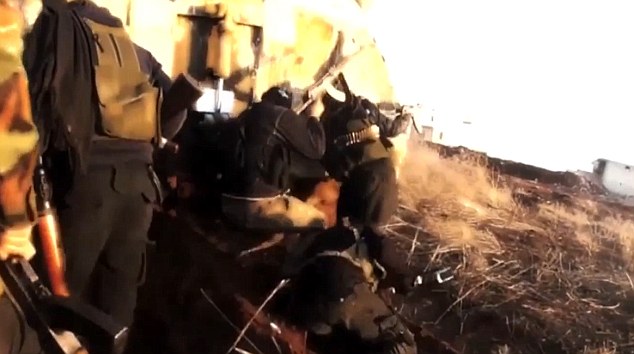 This is the moment an ISIS fighter apparently captures his own death on a GoPro video during a fierce gunfight.

Footage shows extremists firing machine guns at government troops from behind an armoured vehicle in Hama, in western Syria.

Seconds later the man filming collapses to his knees after being hit by a bullet fired by soldiers loyal to President Bashar al-Assad.
He lets out a cry as he falls to the ground.

For some reason, that footage makes me think back to that line from the Book of Eli, “I know who you are. Murderer of innocent travelers on the road. You’re gonna be held to account for the things you’ve done, do you know that? Do you?”

We know who members of ISIS are. They murder, rape, terrorize the innocent and take slaves. They are going to be held accountable for the things they do in this world….one bullet, bomb and shell at a time and then, when they go to the next world, it’s not going to be 72 virgins waiting for them, it’ll be the devil.