Kurdish fighters have killed dozens and dozens of ISIS terrorists as the battles around the Syrian border town of Kobane rage. The streets are literally lined with the bodies of dead terrorists. 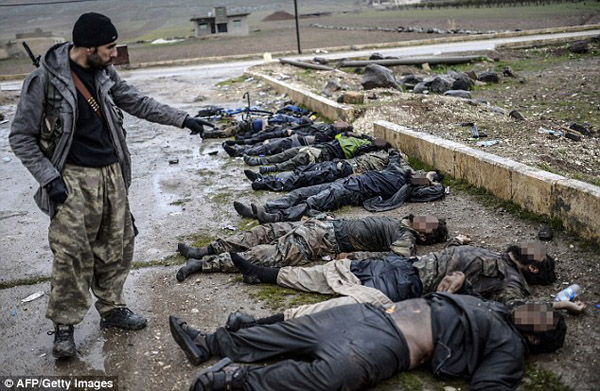 Kurdish forces swept ISIS out of Kobane[1] in a series of attacks last week leaving the town in ruins. 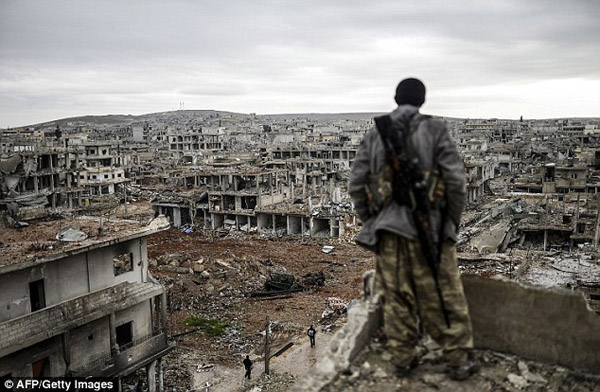 Kurdish fighters have killed dozens of Islamic State militants in recent days as battles continue to rage around the strategic Syrian border town of Kobane.

In one village, a Kurd was today pictured standing over the bodies of Islamic extremists after they were killed in Halimce, a village east of the town.

Around 20 jihadists also died in the hills west of Kobane days after it was recaptured following months of heavy fighting which has left the town in ruins.

Kurdish forces retook the town on January 26 in a symbolic blow to the jihadists who have seized large swathes of territory in their onslaught across Syria and Iraq.

‘Another three jihadists died in fighting around villages to the east of Kobane, while the YPG also took one ISIS member prisoner,’ he told AFP.

The YPG had also recaptured five villages around Kobane this week, according to Mr Rahman, whose Britain-based group relies on a network of sources inside Syria. 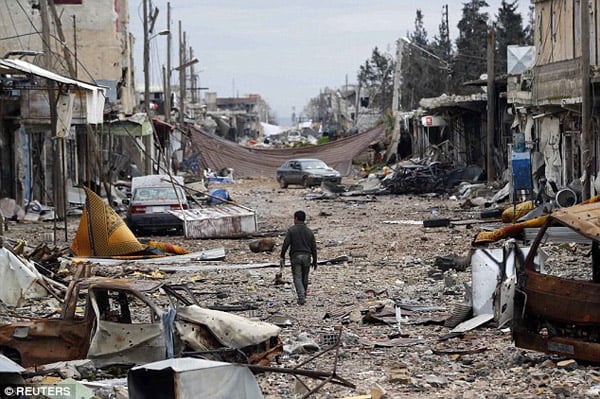