Ralph Peters: Until Islam Is Held to the Same Standards as Other Religions, Ethically and Behaviorally, Terrorism Wins [Video]

I love Lt. Col. Ralph Peters… he is blunt and honest[1]. Absolutely refreshing. He’s right when he says Obama likes the perch, just not the hard work. As people are being slaughtered, including Americans worldwide, he goes golfing. Which just gives Islamo-fascists more incentive to kill and make it ever more horrific. The Left and Obama outwardly and defiantly hate the Jews and Christians and love Islam. They are on the side of evil and are bringing on more and more terror and shoving the planet into another world war. Obama does indeed love Islam above all others. The only thing I disagree with Peters on is that Obama, in my viewpoint, is a Muslim and always has been one. 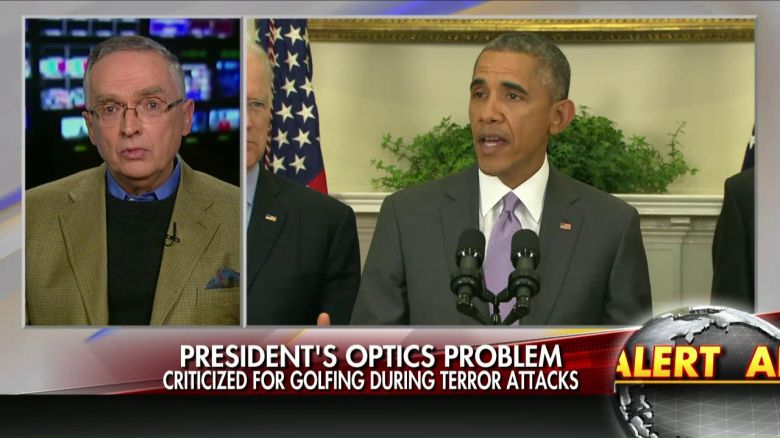 Lt. Col. Ralph Peters (Ret.) said on “Fox and Friends Weekend” this morning that President Obama’s inaction and lack of urgency in the fight against terrorism inspires aggression against the West.

“The only religion this president is willing to come out and publicly defend is Islam,” Peters said. “He clearly romanticizes Islam and treats it as if Islam is above all criticism.”

“We’ve got this problem where everybody on the left in the United States romanticizes Islam. They’re always scolding us, ‘Beware of Islamophobia, you can’t indulge in Islamophobia,'” Peters said.

“We do not have an Islamophobia problem in the United States, we have an Islamophilia problem – which places Islam above all criticism. And until we hold Islam to the same standards as every other religion, ethically and behaviorally, terrorism wins.”

“When you indulge in false tolerance, you enable the terrorists.”

Our problem currently is that we are not being allowed to name our enemy and meet them head to head on the battlefield. I agree with Allen West when he says its time to go medieval on ISIS. They need to be eradicated… eliminated… wiped from the face of the earth. Instead, Obama won’t even call them Muslims or part of Islam. In fact, he doesn’t want to address it at all. But we will never beat terrorism until we fight for real and be willing to make a mess, win the war and come home. We better do that and soon.