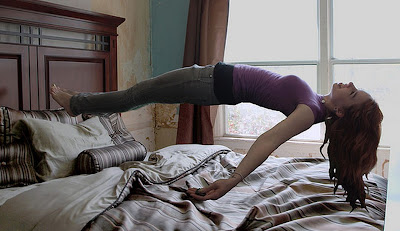 Perhaps the most charming ce je ne sais quoi about illegit despotries subtle, gross, horrid or benign is their magical ability to field praetorians. Throughout the manchile experience, the guardian guard of imperial imperators [1]could perhaps best be scoped out as an uparmored posse of body guards sweetly functioning as political soldiers at the regime’s disposal.[2]

Intended to be especial purpose troops [3]for such duties as putting down counterrevolutions and strikes, conduct purges, and quell riots, praetorian guards are a regime’s actualizing enablers.

And in totally gay free[4], hiker hater [5]Persia, the Pasdaranlicious Revolutionary Guard [6]maintains the regime of Preacher Command and since the yo 8 off cycle majilles election – Preacher Command – the ayatollahs – became eclipsed by their very own praetorian guard[7]. Expertly Xforming Iran into a military ran regime:  [8]

The new Iranian Oil Minister-[9] a Revo Guard cat with impeccable Revolutionary bona fides[10] fires up some critical thinking about how the Revo Guard is like totally insinuated throughout every endeavor in Persia. GsGf’s P. Gulf cat splains:[11] :


Courtney, the notion that Iran is slowly edging towards military rule must be critically examined against the country’s modern political history. Iran’s underlying political culture and heritage does not lend itself to overt manipulation by military organizations.

Indeed, unlike its Arab, Turkish and Pakistani neighbors Iran does not have a history of military rule or even a strong military influence in politics. Given this underlying political-cultural dynamic it is difficult to imagine how any military force can mobilize critical elements in society in favor of non-civilian rule, regardless of attenuating circumstances.

Nevertheless, the Pasdaran’s organizational profile is set to grow even more in the years ahead. The reasons behind this ascent have less to do with the political situation in Tehran than with Iran’s geopolitical profile and the increasing possibility of a military confrontation with the Great Satan.

The Pasdaran control all of Iran’s strategic military assets, including the country’s increasingly sophisticated long-range missiles program, and are likely to be at the sharp end of any military confrontation with the Great Satan in the Persian Gulf.

And new clear Praetorians may soon be at the sharp end of that sharp stick’s sharp end:  with total:  command and control [13]of an atomic arsenal.