This is what Obama’s Iran deal has brought us…[1] soon to be war. Obama will have the blood of millions on his hands – he’ll be wallowing in it. Today, the Ayatollah Khamenei himself tweeted a video that was a direct threat of war against the United States and all I hear are crickets. The ink hasn’t even dried on the damned deal and Khamenei is projecting his intentions and hate. Of course, starting in December, we’ll start sending that $150 billion to the Iranians, which should speed up the bloodshed nicely. Obama will go down in history as the biggest financier of terrorism on the planet. We are funding our own demise and blathering on about peace in our time. You know, cause that worked so well the last time it was tried. 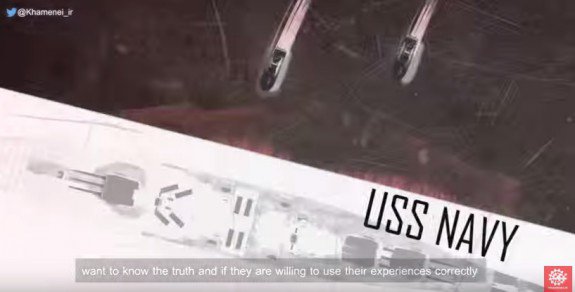 “If Any War Happens”

The video contains images of Iranian bombs raining down on a US battleship.

The video continues: “They should know that if any war breaks out one will emerge humiliated out of it.”

The video then shows US soldiers returning home in caskets. 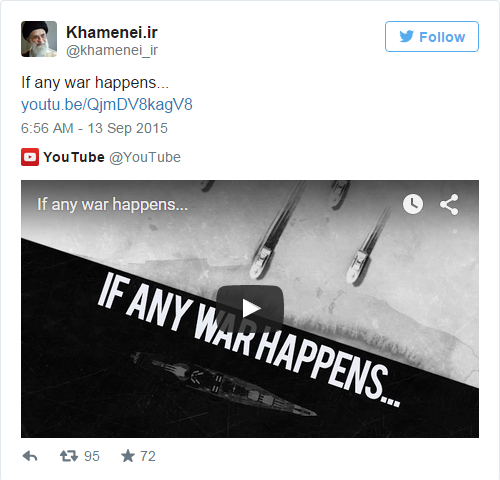 We’ve seen these sort of threats before…

Hundreds of speed boats equipped with missiles took part in the maneuvers.

At one point in the production the camera panned across a banner that read, “If the Americans are ready to be buried at the bottom of the waters of the Persian Gulf – so be it.” 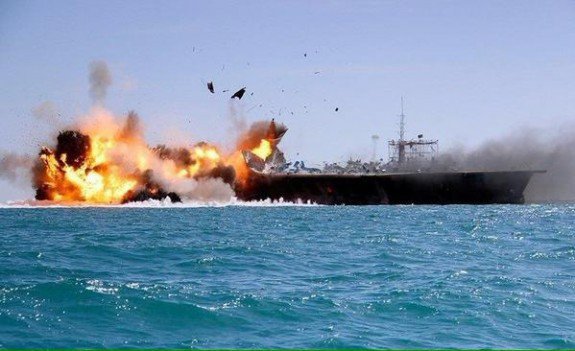 The Iranian regime sinks a mock US battleship.

As the rhetoric ramps up and our enemies prepare to take the US out, we are blindly awaiting our annihilation. This is far worse than World War II and we have no excuse for being this moronic and suicidal. It’s stunning to watch in a deer-in-the-headlights sort of way. We should have taken Iran out decades ago. Instead, we let the cancer grow and spread and now this. It makes you wonder how humans haven’t gone extinct and maybe that is in the cards for us, who knows? Just a note, that’s a mock USN aircraft carrier, not a battleship. But, I’m sure either would do nicely for the Iranians. As the Islamists get ready for their holy war, America prays for a leader that will fight for real. That wouldn’t be Obama and his lot – I just hope we have enough time before it all hits the fan. 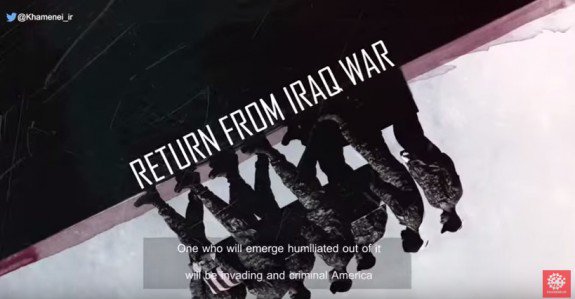