Parsing the definition[1] of ‘terrorism’ the way these bureaucrats do, is simply mind boggling. Now, ‘terrorism’ is instead ‘armed insurgents.’ I can’t keep up with the rewrite. White House Deputy Press Secretary Eric Schultz dances the hypocrisy waltz, calling Jordan out for attempting to trade ISIS a female terrorist for one of their pilots. I contend that the Bergdahl trade was even worse, since we traded five stone cold killers for one deserter. Next up on the train for morons is White House Spokesman Josh Earnest, who doubled down on this insanity. The day he was spouting the redefinition of terrorist killers, the ‘armed insurgents’ of the Taliban slaughtered 22 in Afghanistan. You say tomato, I say terrorist. 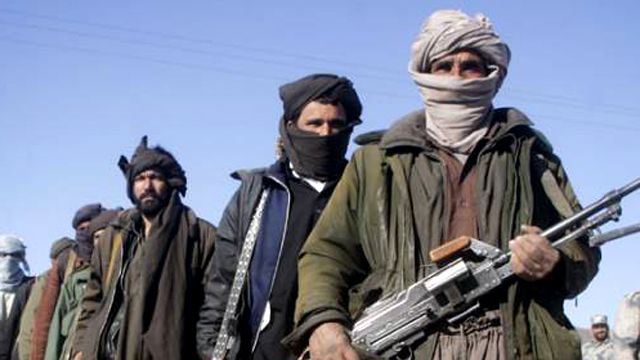 On Wednesday White House Deputy Press Secretary Eric Schultz argued that the Taliban is not a terrorist group, but instead an “armed insurgency.”

“They have a different classification. They have a classification that does allow us to place financial concessions against them that have succeeded in limiting their capability. They’ve been effective. And that is different than an organization like Al-Qaeda that has much broader global aspiration to carry out acts of violence and acts of terror.”

At least 22 people were killed, including a school girl, in separate Taliban attacks in Afghanistan today.

The Gazetta del Sud[2] reported, via Religion of Peace[3]:

At least 22 people were killed in Afghanistan in three separate attacks, local sources said Thursday. A police officer and three civilians were killed when a bomb exploded in Mihtarlam City in the eastern Laghman province. Earlier, a young girl was killed and several people were injured in a dawn explosion in Jalalabad City, also in eastern Afghanistan. Police said the bomb went off near the local public works office and a school, killing the girl as she was making her way to classes. On Wednesday night, 11 pro-government militias were killed and at least six more were injured in a Taliban attack on a checkpoint in the eastern central province of Ghanzi.

Yes, and for the record… These attacks were in Afghanistan, not Pakistan, Spokesman Earnest.

Gonna need a shovel for this unadulterated bull crap – it’s way deep. If no one has noticed, the Obama Administration is following the exact same playbook as CAIR, the Muslim Brotherhood, al Qaeda, al Jazeera, ad Islamic infinitum. They are all trying to do away with and outlaw the use of the term ‘terrorism’ in regards to Islamic terrorists. More precisely… Jihadists. It is painfully obvious that Obama uses the same tactics and talking points as those such as the Muslim Brotherhood – hey, why wouldn’t he? He just had them over at the State Department for meetings and cuddles. Terrorists of a feather.