For the First Time, ‘Alien’ Space Signal is Detected ‘Live’ by Scientists, But They Aren’t Sure What It Is

This would have been way more interesting if actual aliens were involved[1]. I believe in extraterrestrial life – the odds of it existing are far too large. I just believe they find us either too boring or too primitive to bother with. It is cool though they caught the radio burst live for the first time. Not so cool that it took eight hours to get other telescopes on it. By then there was nada. One of these days though, we will have definitive proof… let’s hope it’s not ala Independence Day. 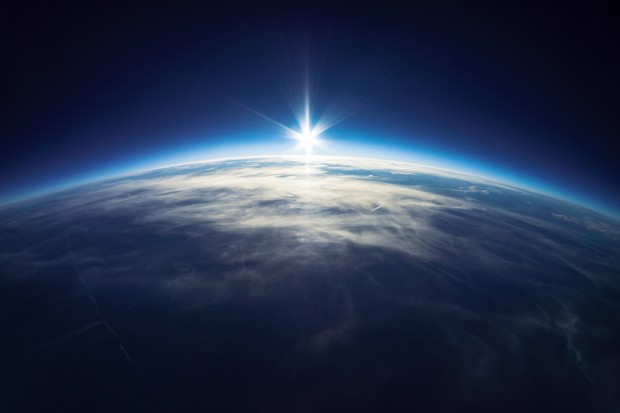 An unknown signal emitting from space was detected by astronomers live for the first time ever, scientists announced in a journal this month.

The radio burst was detected on May 15, 2014 by astronomers in Australia but just reported[2] in the Monthly Notices of the Royal Astronomical Society, Fox News reported[3].

“The burst was identified within 10 seconds of its occurrence,” said Emily Petroff, a PhD student at Melbourne’s Swinburne University of Technology, according to Fox News.

“The importance of the discovery was recognized very quickly and we were all working very excitedly to contact other astronomers and telescopes around the world to look at the location of the burst,” she added.

The bursts, which emit as much energy in a few milliseconds as the sun does in 24 hours, have been detected before, Petroff told Fox News. And, while they were just detected here on Earth, the bursts actually took place a long time ago.

“The light we’re seeing from them is from a time when the universe was much younger,” Petroff told Australia’s ABC News[4].

However, experts have never caught one live, as it occurred, which is key to pinning down the cause.

“Finding one in real-time has been the goal for a while because we would then be able to act on it and mobilize other telescopes to look that way,” Petroff said. “We did this in the case of this real-time discovery, but we didn’t get on the target until about eight hours later with other telescopes, at which time nothing was found.”

Since it was reported that an “alien” signal was detected, theories have spread widely over the web. Individuals have speculated it may have been from a black hole, while others have pointed to extraterrestrial life.

“We’re confident that they’re coming from natural sources, that is to say it’s probably not aliens, but we haven’t solved the case completely,” Petroff told Fox News.

“The two most promising theories at the moment are that these bursts could be produced either by a star producing a highly energetic flare, or from a neutron star collapsing to make a black hole,” she added. “Both of these things would be from sources in far-away galaxies just reaching us from billions of light years away.”

I don’t see how they can be so certain it came from natural sources, considering they don’t even know what it is. What we need to do is develop different and better technologies for discovering alien communications that may not be like ours. After all, I would wager most life forms out there are not humanoid. My Dad actually helped build some of the hangers and other installations at Area 51. Never said a thing about anything weird, but one wonders what our scientists are actually working on out there. Mulder and Scully, is that you?