A Maryland man went to great lengths to be torn to shreds by wild bears. The path to being shredded was a long mysterious one that came with a few shocking details.

Ryan Reise was a 36-year-old cyber security manager who spent about $42,000 on a bear costume[1] that would hopefully allow him to mingle upon bears in the wild. The money allegedly came from a GoFundMe account that was started under the impression it was being used for testicular cancer treatments. The money really went to Hollywood prop designer, Alfredo Fronz, who recently worked on the movie The Revenant with Leonardo DiCaprio. Reise wanted the bear costume to be able to trick real bears. He wanted to hang out with the bears and be accepted as one of them. What Reise really learned, the hard way, was that bears certainly were not very tolerant of fake bears. The real bears ripped Reise to smithereens and left him lifeless in the forest. 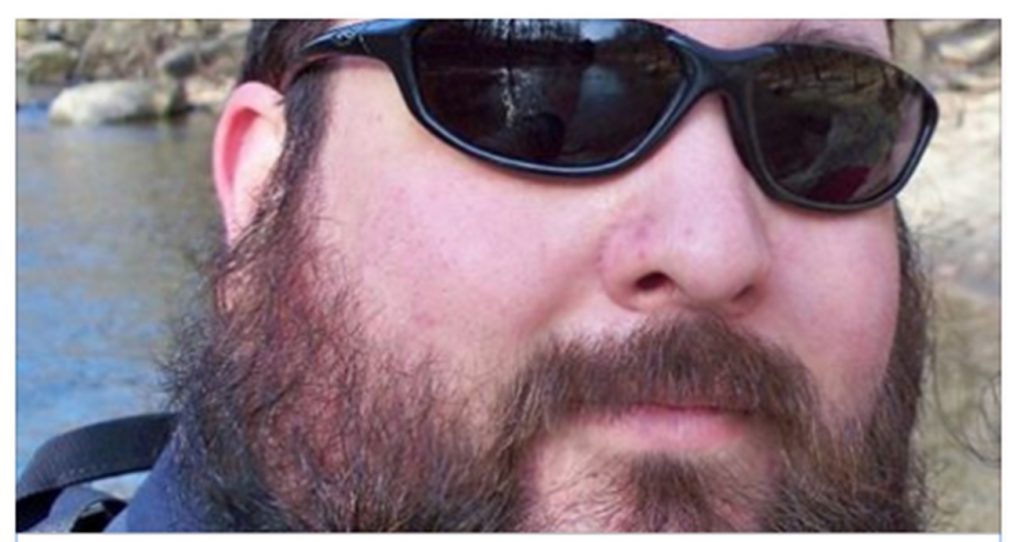 Ryan Riese of Fulton, MD died yesterday after deciding to don a bear costume and attempt to live among actual bears. He was 36 at the time of his passing.

Nobody knows exactly what prompted cyber security manager Ryan Riese to abruptly walk out of work and into the forest. An ongoing police investigation reveals that for nearly a year, Riese had been spending his savings on commissioning a Hollywood prop designer to create an elaborate bear costume using a secret email account.

“I had no idea. I thought he was spending the money on testicular cancer treatments,” his wife, Victoria Riese told BNN. Autopsy reports show Riese did not suffer from testicular cancer but had forged medical records to convince his family he needed the money for treatment. “I even created a GoFundMe account for him,” his wife said.

The money—approximately $42,000—had all gone into one elaborate bear costume.

All that money for a bear costume that didn’t even work. People suggest that Reise was struggling with some identity issues. One friend stated that they saw Reise struggling with some plumbing work at his home and he basically looked sad and dejected. It was like he was depressed with himself and the fact that he struggled with the plumbing work. Reise was a computer guy, so if he had trouble doing plumbing work, then that’s perfectly fine. If a plumber tried to do Reise’s job, then they would likely struggle. We’re all experts in one thing or another and we all need each other for different jobs. It’s how the universe stays balanced. If everyone, knew everything, then it would be a very dull and strange world. It’s already weird enough, so imagine we were all exactly the same – no thanks!

Riese’s family is bringing charges against Fronz, claiming the man misled Riese into believing the costume would be safe to wear in the forest. Fronz says he is not concerned with the lawsuit. “I cover all that in the client agreement. You wear my costumes in the forest, that’s your ass, not mine.”

That’s a shame, but I understand where they’re coming from. The biggest crime is that Fronz possibly charged him nearly $42,000 for a bear costume. Maybe Riese should’ve bought his bear costume at Party City or on Amazon. If it’s going to get torn to shreds, then why spend all the extra money on it?

“This sets us back a lot of years,” said tolerance professor Lisette Cornell, Ph.D. of the University of Maryland. Cornell is petitioning to have bears categorized as a hate group until they show themselves to be more progressive in their view of people’s lifestyle choices. “There’s just no excuse for what those bears did. It’s barbaric.”

This cannot possibly be serious. A professor seriously wants to label bears as a hate group? I hope that’s a joke. Bears are wild animals who have enormous amounts of strength. These aren’t puppies and kittens they’re dealing with. This is giant wild animals with huge teeth and claws that will be used to destroy people who get too close. No one goes to the forest and pets the bears like they’re some little lost puppy looking for a forever home. You must be out of your mind and crazy to walk into a forest and chat up a conversation with the bears like you’re just out there looking for some honey.

Lisette Cornell might have to get a mental health check if she thinks bears are a hate group.

Thank you for reminding us that bears are intolerant.

If you’ve made it this far, then we’re happy to tell you this is a 100% satire article that we found humor in. You can probably parallel the issues in this story to something in real life and make a metaphoric comparison. For example, if you were to become a liberal today, then you would quickly learn that liberals have become intolerant, much like the bears in this satirical story.

The original story is posted at Bearmageddon News[2], which appears to be 100% satire. Some websites are made just for fun and entertainment and not to be taken literally.