Fashionable and life-saving – it’s a twofer not to die for. When Zoe Turner was getting ready to go out for a night on the town in her form-fitting red dress, she probably wasn’t envisioning her cabbie smacking into a cement mixer. Instead her thoughts were of some paramour and impressing her friends most likely. She certainly couldn’t have ever dreamed that the tight little come-on number she sported for the evening’s festivities would protect her inner workings from her bones as they were violently wrenched out of place in an accident. Putting the pain aside, Zoe is lucky to be alive. Her red corset literally held her together when push came to violent shove.[1] 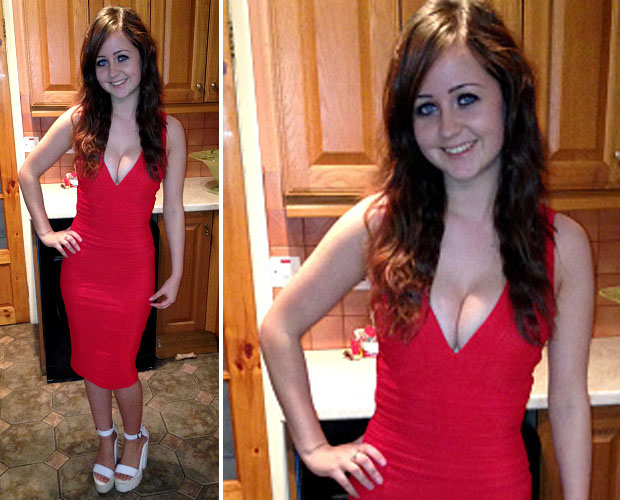 Doctors credit Zoe Turner’s red dress for saving her life during a car accident. (Image via the Telegraph)

Doctors say that a 21-year-old’s red dress likely stopped her bones from piercing her internal organs during a Dec. 14 car crash, the Telegraph reported[3].

“The doctors told me that if I hadn’t worn such a tight dress which held in place my bones as the car impacted, I would have most definitely punctured vital organs as my bones went out of place,” Zoe Turner said.

The British student was on her way home with three other friends when her taxi hit a cement mixer leaving several unconscious.

Doctors told Turner, however, that her red dress acted like a corset and stopped her bones from popping out of her body and perforating her organs, the Telegraph reported.

“I couldn’t believe my dress saved my life,” she said, noting it was the best item she had ever spent money on.

“I am lucky to be alive, the thought of not having worn that dress makes me shudder,” she added.

She is very lucky to be alive. In a freakish turn of events, her dress saved her life. That’s one to tell the grand kiddies some day, for sure. I bet she keeps that dress the rest of her life. It was worth whatever exorbitant price she paid for it. She will now live a full and rich life all because she had an expensive red tourniquet on that held her together when it mattered. It just wasn’t her time and death had to troll somewhere else that night.