Woman Arrested After She Got Stuck in Chimney

Locking your doors to keep out creepy dates may not be good enough anymore. One woman has been arrested after she got stuck in a man’s chimney who she met online. 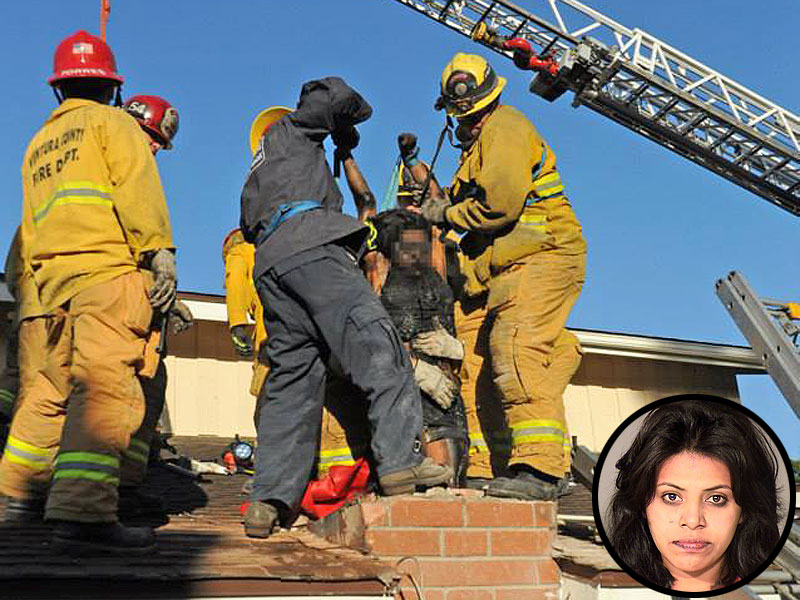 A woman has been rescued and then arrested after getting stuck in the chimney of a house of a man she reportedly met online.

Firefighters in Ventura County, California, who responded to a report from a neighbour of a woman crying, had to chisel away much of the chimney and lubricate it with washing up soap to free Genoveva Nunez-Figueroa.

The 30-year-old was arrested on suspicion of illegal entry and giving false information to police, according to the Ventura County Star.

Police say she knows the owner of the home in Thousand Oaks, who was not there at the time, but they did not elaborate further.

However, media reports say she had met the man online and had been on a number of dates with him.

The man told ABC 7 Los Angeles he had gone on a “few” dates with Nunez-Figueroa but had recently ended the relationship.

This guy will probably rethink online dating in the future. Thankfully, the woman’s family has offered to pay for the damages to the man’s house, which is the least that they can do.