This is a brilliant idea[1] that I agree with wholeheartedly. This makes sense and is totally reasonable and doable for any childless able-bodied adult, minus those with mental issues. If you are unable to find work for even 20 hours a week or afford job training while you get to that place in your life, you can at least volunteer six hours a week. That’s less than one day and you are giving back for what you receive. It’s called ‘exchange’ and is pretty much the basis for morale and getting your mindset ready to hold a job. You are switching from a ‘welfare’ mentality, to a ‘work’ mentality. 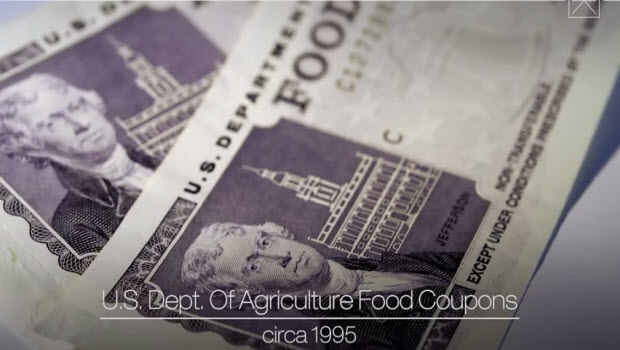 Governor Paul LePage of Maine fired a wake-up call at all able-bodied adults without dependents (ABAWDs) who were receiving food stamps.

LePage informed all ABAWDs they would only receive food stamp benefits for three months if they did not get a job working 20 hours a week, take job training or volunteer six hours a week.

Upon enforcing this new rule, nearly 80 percent of the people receiving the welfare program were cut off because they refused to find a part time job or agree to volunteer for even six hours a week!

According to the New York Times:

The food pantry here, just off the main drag in this neat college town, gets busiest on Wednesdays, when the parking lot is jammed and clients squeeze into the lobby, flipping through books left on a communal shelf as they wait their turn to select about a week’s worth of food.

The Mid Coast Hunger Prevention Program is intended to be a supplemental food pantry, but a growing number of clients here and at pantries around the state have little else to rely on because of a change in state policy this year.

Last year, the administration of Gov. Paul R. LePage, a Republican, decided to re-impose a three-month limit (out of every three-year period) on food stamps for a group often known as Abawds — able-bodied adults without minor dependents — unless they work 20 hours per week, take state job-training courses or volunteer for about six hours per week. The number of Abawds receiving food stamps in Maine has dropped nearly 80 percent since the rule kicked in, to 2,530 from about 12,000.

“It means life gets tougher for those childless adults who face barriers already getting back into work,” said Ed Bolen, a senior policy analyst at the Center on Budget and Policy Priorities. He said those adults tended to have limited education and faced a post-recession labor market in which many people who want to work still cannot find jobs.

But, rather than volunteer an hour a day, or six hours a week, to make sure they can continue receiving food stamps, people opt out of the program. Does that mean they prefer to do nothing at all? To what depths has this country sunk?

Or, although they may have been determined to be ‘able-bodied,’ perhaps they’re in fact intellectually void and thereby incapable of making any productive contribution to an evolving economy and therefore, indeed, deserving of receiving government support.

People who are genuinely disabled, incapable and unable deserve compassionate support. People who are flat lazy and/or frauds and gaming the system for support, don’t.

This is the proper way to have welfare and entitlements in your state and I applaud Governor Paul LePage for having the courage of his convictions to do this despite all the harpies out there decrying it. You don’t help people by simply giving them stuff… you have to provide a way for them to provide for themselves and this facilitates that. It is the moral and ethical approach to the problem. Only those that are lazy and reprobates have a problem with a program such as this – you give back only a few hours for guaranteed food and supplies. It’s part of life and survival, unless of course you are a professional criminal and grifter, which society seems so good at producing anymore. In that case, I have no sympathy for you whatsoever.