The welfare system isn’t messed up just here in the United States. In Britain, one mom of 11 is milking the system for all it’s worth — and she’s proud of it, too. 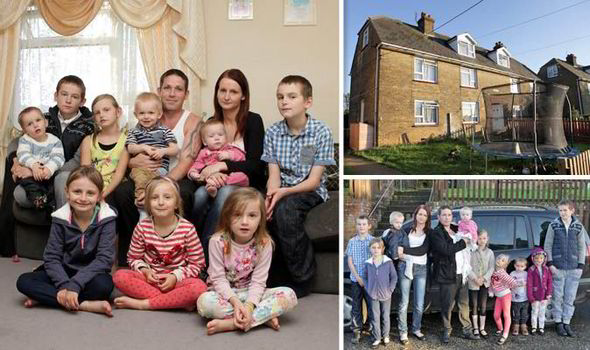 Abstinence, responsibility, birth control, initiative, shame: these are all words or terms that Cheryl Prudham, a mother from Kent, England, is apparently unacquainted with.

Prudham has had 11 children, all of whom she receives welfare money for. You’d think that would be enough.

However, Prudham infuriated England by recently announcing the arrival of a 12th child on Facebook – a child which England will pay at least $1000 a month in taxpayer dollars for. (H/T Mad World News.)

Just so we’re clear – you do realize what you’re doing that’s causing these pregnancies, right Cheryl?

Prudham and her husband Rob have become the face of welfare abuse over in England, where the state will seemingly pay for the most ridiculous excesses of leechery known to man.

The couple already take home a whopping $60,000 a year in taxpayer money. This is $18,000 more than their max amount, since the couple works part time caring for the elderly, which allows them a tax credit.

Even as the mother was bragging that she was squirreling welfare money away for vacations and gifts, she was causing outrage in Albion after demanding the government buy her a bigger house to accommodate her, um, productive breeding habits.

… Those who know the Prudhams say this might not be the end of their brood, either.

“They just keep on having more,” a friend of the couple, who apparently isn’t willing to show Cheryl how a condom works, told a British tabloid.

… Prudham began churning out children at age 17, and has since managed 11 children with three different men, only one of whom she’s married. I suppose we should be thankful she chose life, but that’s really about all we can be thankful for in this mess.