So Much Winning! Foodstamp Usage Dropping More Each Month Trump’s In WH [VIDEO] 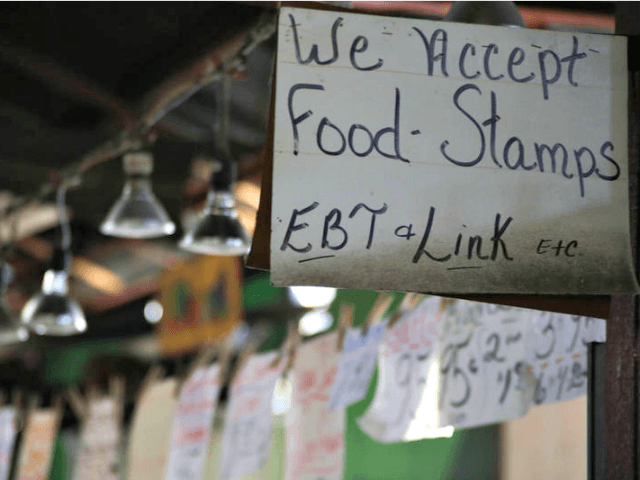 Since Trump took office in January, food stamp usage has declined every single month, according to a new report by the U.S. Department of Agriculture.

The USDA is now reporting that SNAP (Supplemental Nutrition Assistance Program) decreased by 1.3 million users, going from just over 42,690,000 users to 41,310,000 users from January to June.

In June, we wrote a few stories on the success of states who implemented work requirements for people receiving food stamps and in Alabama it’s made a world of difference. In that state, counties that enacted the change experienced an 85% drop in enrollment. It’s not even that strict of a requirement, because it only applies to able bodied adults with no children[2]. The new rules state that adults can only receive three months worth of stamps over three years, unless they are employed or are in an approved job training program.

Before that, in May we reported that Trump’s intention was to knock a few groups off of the eligibility lists for food stamps and other support. Again, he’s not out there to make things harder for the people who’ve had their job prospects devastated by the economy and can only find part-time work, he’s going for the people who are such obvious bad choices for that it’s surprising that they were even qualified in the first place.

Overhauling an Obama-era rule, SNAP recipients now exclude felons who were convicted of aggravated sexual abuse, murder, sexual exploitation of child, and similar sexual assault laws, as well as lottery winners[3]. That’s right, until Trump came along to eyeball the rules, your taxes were paying for not just working parents trying to make ends meet after their well-paid blue collar jobs were shut down due to government interference, but also child rapists.

Even before that, in March, illegal immigrants announced that they would cancel their food stamps in protest of Trump, or something. In Maryland, Spanish language SNAP applications fell from 20 per month to zero[4].  They’re not cancelling in any kind of a protest, they’re newly fearful that they will be caught and deported under the Trump administration, because the Democrats didn’t care if they found illegals on the rolls.

Incidentally, March was the month with the largest drop in users, with over 521,000 people halting their applications.

Trump’s 2018 budget will also propose to cut money to SNAP, which will cause more states to tighten up their rules about who gets to participate in the program. The White House is also calling on even more states to enforce rules requiring SNAP recipients to be part of a job training program or to have some kind of employment if they are able bodied adults.

Right now, SNAP usage is at its lowest levels since 2010 and the Congressional Budget Office is projecting the downward trend of usage to continue, saying that in 2027, approximately 32,500,000 will be receiving SNAP instead of the current 41,000,000.

From 2013, here’s an infuriating video from Fox News interviewing a California beach bum who is very proud of living off of food stamps when he’s perfectly able to work.