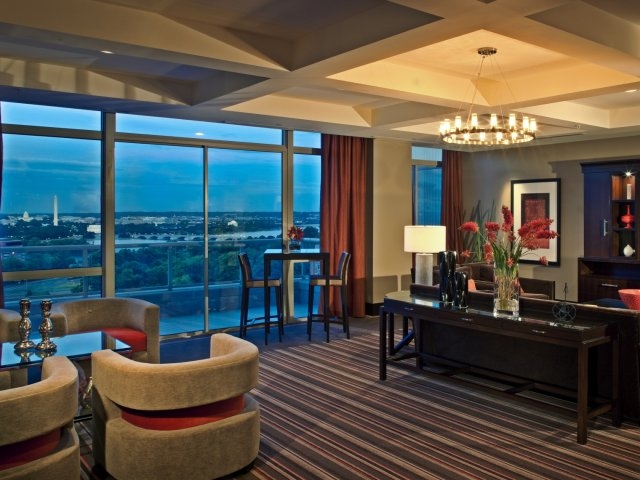 Verde Point is a self-described “luxury apartment” complex with a rooftop pool and “personal wine storage” that is currently accepting public housing assistance recipients who will live there practically for free, courtesy of the taxpayers — at least until they become gainfully employed and their incomes rise. That’s when the pool parties and wine tastings end and they will have to downgrade to a more middle-class abode.

The Gramercy is another luxury apartment, also in Arlington, Va., where holders of the federal vouchers formerly known as Section 8 can live, taking advantage of its “massage room and sauna” and “clubroom with bar.” Also included, according to its promotional materials, are a “first-class sports club,” “theater/screening room,” and computer room.

“Someone will actually come and do a manicure right in your home,” its promotional video says, adding that the units have “Berber carpet, GE stainless steel appliances, granite countertops.” There are 20 residences at the Gramercy set aside as “affordable,” and where Section 8 can be used.

… Parc Rosslyn has a whopping 101 units set aside. It also has a rooftop pool and other amenities common in luxury buildings. In exchange for government subsidies, its operators rent the 101 units at lower-than-normal rates, which can still reach as high as $1,000 a month.

Those units can also be filled, however, by the vouchers wherein the federal government picks up most of the tab. Recipients pay 30 percent of their income, and lose their vouchers if their income increases too much.

So taxpayers are going to pay for people to live in luxury apartments that they can’t actually afford, all because the welfare recipients are lucky enough to not have a job? And we wonder why people on welfare are so hesitant to better their situations.