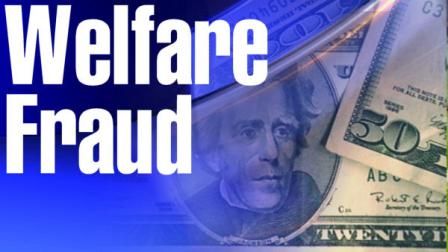 Ripping off: Medicaid, food stamps or taxpayer-funded cash assistance programs for more than$100,000 could mean 30 years in prison, : the sentencing equivalent of seriously hurting a law officer.

Wrongfully receiving or seeking public assistance in the amount of $20,000 could carry a penalty of up to 15 years in prison.

The bill,: simply known as: Public Assistance Fraud[2], comes amid a federal backdrop of greatly expanded social entitlements since 2008.: Democrats: and: Republicansgenerally disagree on the size and scope of such programs, but members of the: Florida House Criminal Justice Subcommittee: unanimously agreed last week to throw the book at people who pilfer Florida’s social safety nets.

“Individuals who defraud our system and our taxpayers must be held accountable for their actions,” state: Rep. Jimmie Smith, R-Lecanto, the bill’s sponsor, said in a statement.

“This bill will ensure that the penalty fits the crime,” Smith said.

Fraudulently obtaining a total of $200 within a 12-month period is already a third-degree felony punishable by up to five years in prison.

While locking up welfare scammers and throwing away the key sends a strong message to voters as well as fraudsters, taxpayers pay the bill.

“We don’t want rampant fraud, everybody understands that,” said: Vikrant Reddy, a senior policy analyst for the: Center of Effective Justice: at the conservative: Texas Public Policy Foundation.

“On the other hand, it costs over $20,000 per inmate per year to incarcerate someone,” Reddy told: Watchdog.org. “It seems very unlikely that when you run the cost benefit analysis, it’s going to make a lot of sense to ratchet up the incarceration penalties for fraud.”

Another feature of the bill is a cash rewards system. Anyone offering original information relating to a violation of Florida’s public assistance laws could get 10 percent of the recovered money.

The cash incentive is expected to be a powerful motivator. Officials anticipate 75,500 annual tips. To sufficiently field the intake, the bill calls for additional state employees, office space, equipment and contractor services.

“The ‘turn in your neighbor’ part of the bill fosters a culture of suspicion and paranoia that will make Floridians treat each other with mistrust and suspicion, and could even lead to a new kind of fraud altogether where people report people out of animus or the hope of scoring reward money,”: Baylor Johnson, spokesperson for the: American Civil Liberties Union of Florida, told Watchdog.org in an email.

According to the ACLU of Florida, the legislation has “a number of serious problems” – from perpetuating ugly stereotypes to the enormous cost of long-term imprisonment to casting the net of fraud too widely over poor people – mostly law-abiding residents seeking help – all in the name of scoring political points.

“Florida already penalizes people who take advantage of a system designed to help those in need,” Johnson said.

Lawmakers voted 11-0 in favor of the bill. The proposed legislation is now in the: Healthy Families Subcommittee.

This post was used with the permission of Watchdod Wire[3].