This woman is a real winner.[1] She’s a Brit living on $1700 a month in disability disbursements from the government and incessantly complains she can’t live on that amount. She carps about all the Queen and the royals have, as if she should be entitled to their wealth somehow. This is a welfare queen who is just leeching off the government and has done so her whole life. She has a ton of excuses for not working; chief among them is that she doesn’t have any skills. Well, whose fault is that? You don’t have to be privileged or wealthy to make something of yourself. Instead she dresses like white trash and spends her days partying. Which by the way just got her an eviction notice. 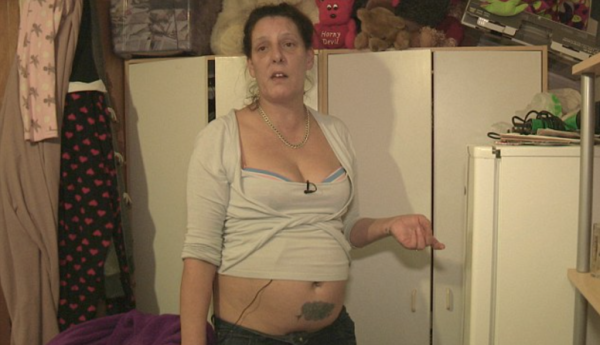 A 46-year-old woman on government benefits[3] sparked a firestorm across the pond after she appeared on a reality tv program called “Benefits Britain.”

Debbie Merton claims that she is unable to live on the roughly $1,700 a month she receives after a disability rendered her unable to work 24 years ago.

The Mirror writes[4] that she appeared on the British television program saying:

“It’s bloody hard and the Government don’t really give a s***, they’re alright in their posh houses and eating lobster and caviar every night.

Most of us work our butts off for every penny we earn. We don’t spend our days being jealous of others. We try to make our circumstances better and live productive lives. Not this woman. She says it’s disgusting having to live on $1700 a month that is just handed to her. I find her disgusting. She doesn’t have any concept of hard work or exchange. She just wants everything handed to her. That’s not how things work. She complains that the government doesn’t care about the people, yet, she takes handouts from them. Exorbitant amounts at that. She’s bitter and envious of their homes and claims they live on lobster and caviar. She has no idea what most of those people do or how hard they have worked to get where they are. It’s disgraceful. She should be cut off from the flow of free money she is getting. She’s a partying deadbeat and is just about as worthless as a human being can get. But it’s never her fault and it never will be. 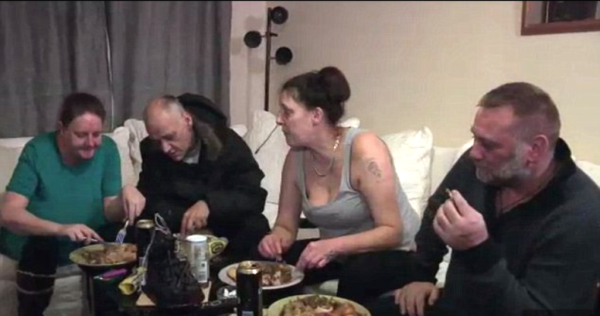