An employee at a Scottish nuclear power plant, who is presumed to be Muslim[1], was allegedly caught reading bomb-making materials off of the internet while at work. 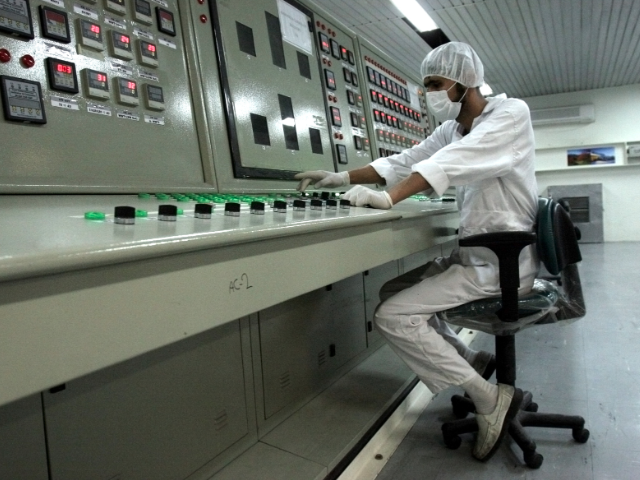 An employee at a Scottish nuclear power plant, who is thought to be Muslim, has been allegedly caught studying bomb-making websites at his place of work. The man works as a “special entry assistant”, and his role involved going right into the heart of the plant to assist tradesmen.

The revelation comes as MI5 chief Andrew Parker warned[4] today that the “terror threat is the highest I’ve ever seen,” thanks to ISIS and online jihadist.

Police are now investigating reports the worker accessed the “inappropriate material” at the nuclear facility, after he was marched off the premises at Hunterston, West Kilbride, yesterday morning.

The man had recently moved to the area from England, and had only worked at the North Ayrshire facility for around four weeks.

He was allegedly caught viewing the bomb making material on his laptop on Monday, and slammed the device shut when a colleague entered the room.

The colleague raised the alarm, and when the suspect arrived for work on Tuesday he was escorted from the premises by security guards and plant owners, EDF Energy, had called in police.

A source at the plant told[5]The Daily Record: “The guy has only worked here for a short time. He is a low-level employee, but has access to the reactor, where he basically helps out tradesmen working on it.”

Explaining the incident with the laptop, the source added: “One of his colleagues spotted him engrossed in a laptop on Monday.

“As he passed by, it was slammed shut, but not before the fellow worker got an eyeful of what he had been looking at.

“To him it looked like some sort of website on how to make bombs. He reported his concerns to bosses, and theguy was escorted of the site today.

“You can’t have people with access to a nuclear core having any sort of interest in explosives.

“No one knows what was going through his head, but its not what you want to see in a nuclear power plant.”

A spokeswoman for EDF said: “All EDF Energy employees and contractors undergo a rigorous Government standard, National Security Vetting check in order to be able to work on any nuclear site.

“We have been made aware of allegations concerning a contractor accessing inappropriate web material and immediately notified the relevant authorities. We are working with Police Scotland, with the support of the Civil Nuclear Constabulary, to determine the facts and take appropriate action.

“The Civil Nuclear Constabulary – CNC – are deployed at all EDF Energy’s nuclear sites to further enhance the already robust security arrangements at all civil nuclear power stations. Provision was made for this by the Anti-Terrorism, Crime and Security Act, 2001. These officers work alongside existing security teams at each station.”

The spokesman said he believed there to be no danger to the plant or the public. A spokeswoman for Police Scotland told the Daily Record that the incident was being dealt with by the Civil Nuclear Constabulary (CNC).

Should this turn out to be the facts of the case, I would be a very concerned Scottish citizen right about now.