You can trust North Korea, right? I mean, the Obama Administration seems to think that this is a good plan, especially when it comes to nuclear warfare. These guys must be nuts or something[1]: 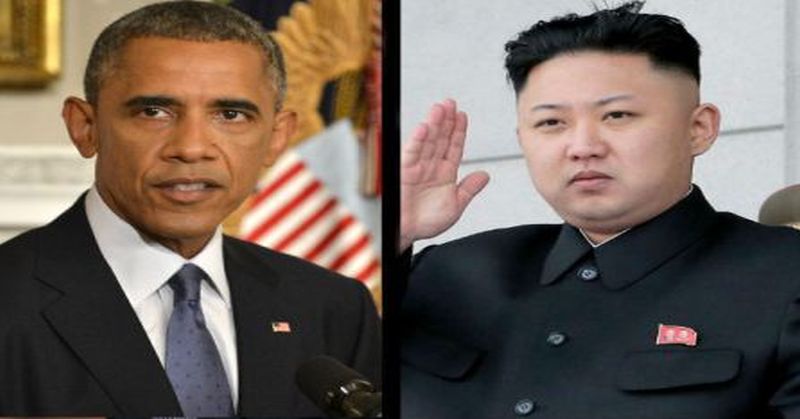 One of the most unstable regimes on the planet apart from the Kardashian family has announced that they have successfully tested a Hydrogen Bomb.

And just like with the “JV Team” of ISIS, the idiot-in-chief said just a month ago that this was impossible.

From the BBC on December 10th:

The White House has dismissed a suggestion by North Korean leader Kim Jong-un that his country possesses a hydrogen bomb.

The country was “ready to detonate a self-reliant A-bomb and H-bomb”, state news agency KCNA quoted him as saying.

If true, the development would mark a significant advancement in North Korean nuclear capabilities.

“We take very seriously the risk and the threat that is posed by the North Korean regime in their ambitions to develop a nuclear weapon,” Mr Earnest added.

Mr Kim made the remarks as he inspected a historical military site in the capital Pyongyang.

The work of his grandfather Kim Il-sung had turned North Korea into a “powerful nuclear weapons state ready to detonate a self-reliant A-bomb and H-bomb to reliably defend its sovereignty and the dignity of the nation”, he was quoted as saying.

Thank goodness Obama has our backs. Whatever would we do without him.